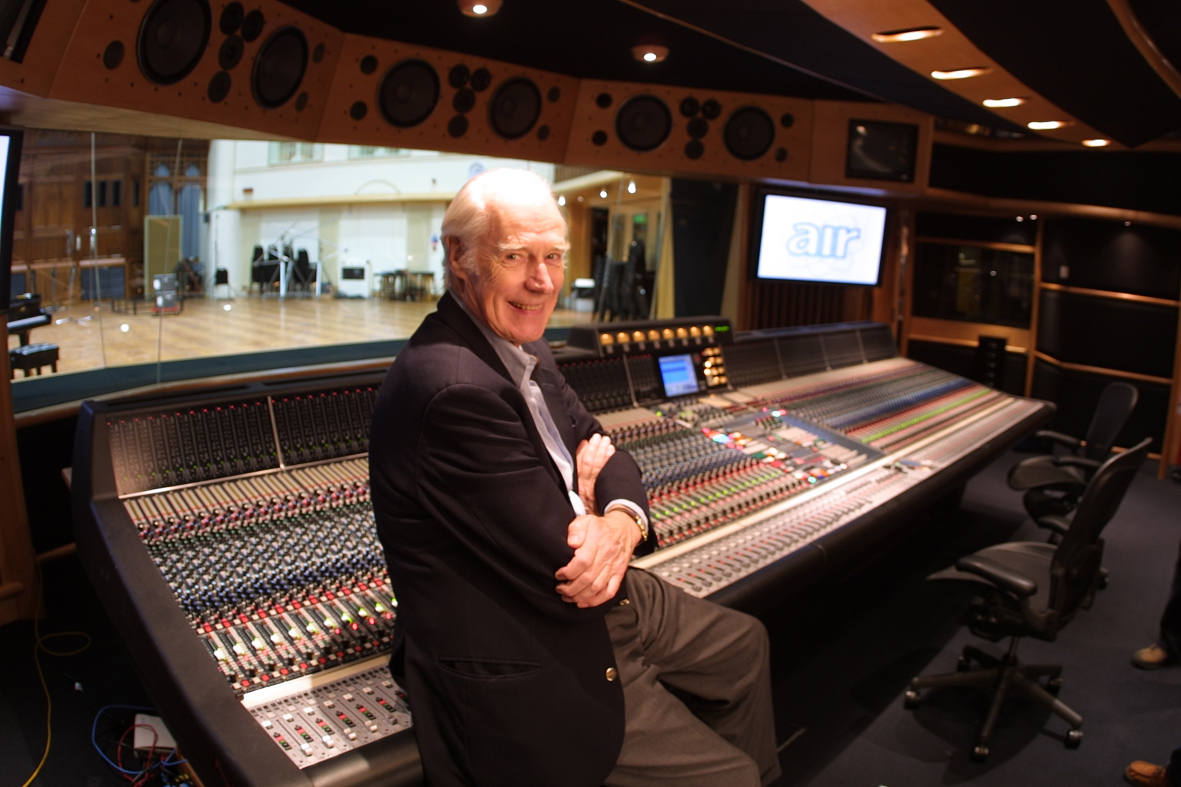 The event on 3rd November at the Roof Gardens, Kensington, was designed as an opportunity for the recording industry to show its respects, memories, love and gratitude for its singularly most revered and significant champion, who died in March aged 90.

AMS Neve, whose association with Sir George goes back to the 1960s, were a chief sponsor of the lunch.

“It’s immensely satisfying to us as designers to work with the best creative talent in the world and there is no greater satisfaction than for Sir George to have described Neve as ‘the Rolls Royce of consoles’,” said Mark Crabtree, AMS Neve founder and Managing Director.

Having produced the definitive legacy of recordings at Abbey Road Studios for many years, in 1969 George Martin formed his own production company, Associated Independent Recordings (AIR), and opened studios in London. Eight years later, wanting to open AIR Montserrat with his vision of the world’s most desirable console, he came knocking on Neve’s door with a request to build it.

This involved a total redesign of the electronics. Robin Porter, now chief music console designer at AMS Neve, was part of the design and test team at the time and recalls: “Moving on from the 8078, Neve changed the frequencies in the equaliser, brought in the 5534 integrated circuits and designed new transformers and new amplifiers. The transformers were toroidal for the first time and the mic amps were remote.

“It was obvious from day one how incredible the sound was. Listen to the Police album ‘Synchronicity’. It sums it up. Nothing for a long time came anywhere close to what that desk could do sonically.”

For more than a decade the console in AIR’s Montserrat studio (which gave the console its title) was used to record the biggest names in music. AIR went on to order a further two of these consoles for London. The Montserrat studio was put out of action in 1989 by Hurricane Hugo which destroyed 90% of the island’s buildings and the desk was sold to A & M in Los Angeles. Another was sold to Bryan Adams and AIR kept the third. All three are still in service.

AMS Neve’s links with AIR and Abbey Road remain strong. Alongside the Montserrat console, George had chosen a new Neve 88RSP2 and a DFC (Digital Film Console), the 88R further developing the Monserrat lineage. At Sir George’s earlier home, Abbey Road, three of the five studios are centred around Neve consoles and in addition, it has now upgraded one of these to the latest in the highly-successful DFC series.

Simon Campbell is head of technical services at Abbey Road Studios. He said: “Abbey Road has a long history of innovation and this is maintained by working closely with manufacturers and keeping up to date with upgrades.

“This made it vital to upgrade to the latest DSP and DFC3D software for our DFC Gemini to improve performance, provide new features and open doorways to new technologies such as Dolby Atmos™. The upgrade went smoothly and we look forward to putting the new system through its paces”.

AMS Neve’s continuing philosophy is all about constantly pushing the boundaries, carrying on the working practices which led to the Monserrat console with Sir George. Mark Crabtree explained: “It’s like Jacob’s Ladder of sparking conversations with our incredibly creative user base. We come up with an idea, they add to it and vice versa. Basically, we do everything we can to give our users “that edge” which leads to greater artistic and commercial success in both music and film”.

Having grown up deeply in love with the soundtrack of Sir George Martin’s remarkable productions, Mark Crabtree says “It was one of the greatest moments of my life when this master of his art presented me with a Fellowship of the APRS in 2013. As it happens it was the last occasion on which Sir George presented the awards himself and I count myself incredibly lucky to have had that honour. We all miss him and his leadership greatly and look forward to honouring him at the upcoming lunch with a host of those he has inspired over his long and legendary career.”