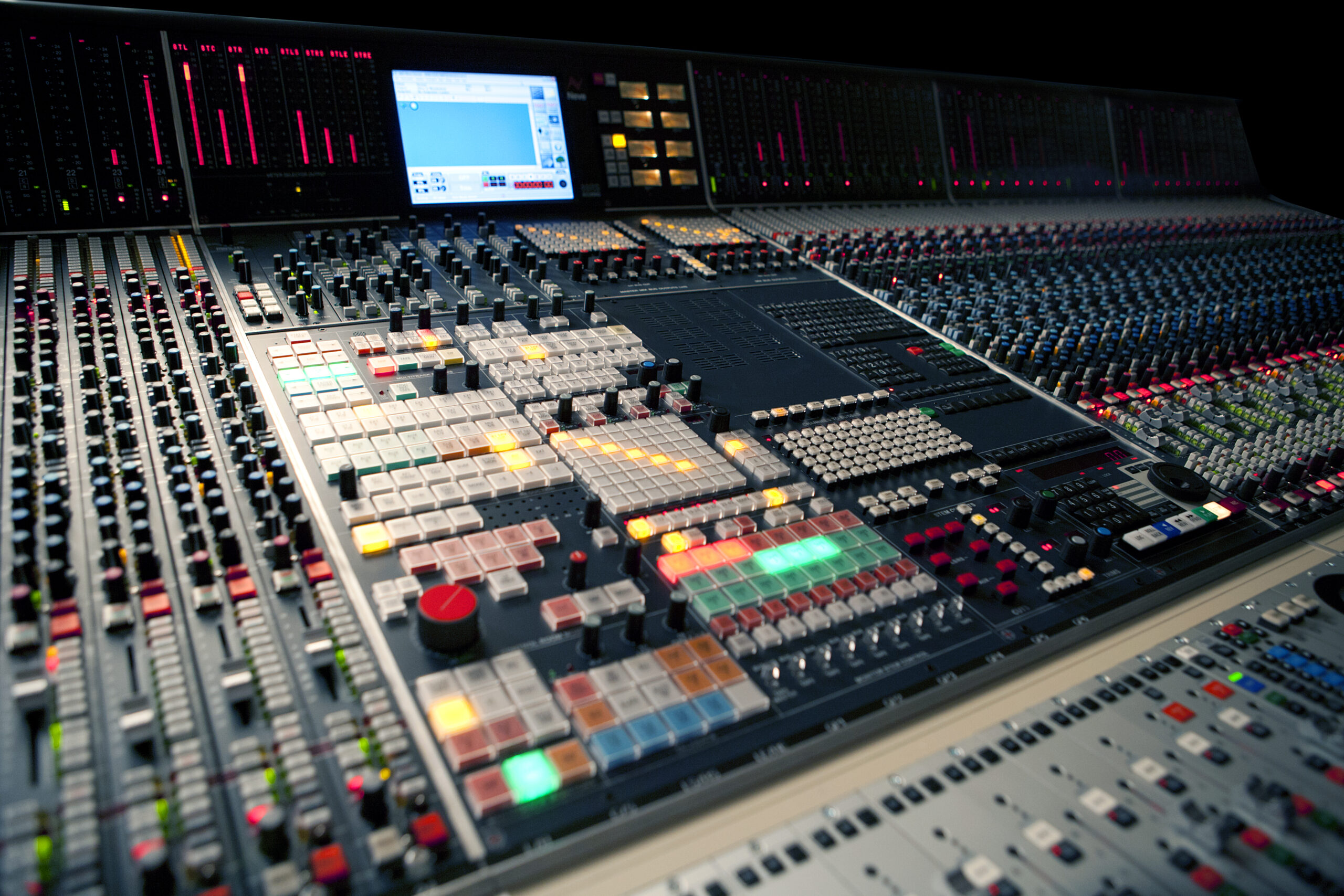 Hollywood Agrees the Neve 88RS is the Ultimate Scoring Console

Hollywood Agrees the Neve 88RS is the Ultimate Scoring Console

With the delivery of a fully-spec’d Neve 88RS scoring console to Warner Bros, AMS Neve has achieved a remarkable industry ‘grand slam’.

For the first time ever, all the major film scoring stages in the movie-making capital of the world – Sony Entertainment, Fox Studios, Skywalker Sound and Warner Brothers – have the same control room desk.

The 88R’s launch in 2001 established it as the ultimate analogue console, and the world’s premier recording studios queued up to order it. Among them was Skywalker Sound, which installed a 72-fader 88R back in 2002 for both film scoring and music recording. But while the 88R’s sonic excellence and prodigious power had already cemented its reputation at the top of the market, Neve’s R&D team also recognized the specialized needs of the film world.

To meet those needs, in consultation with some of the industry’s top film scoring engineers, they developed an optional dedicated scoring panel and stem maker. It is the benefits that brings – a super-efficient tailored movie scoring workflow to go with the unrivalled sound, dynamics and automation that are the 88RS’ acknowledged hallmark – that have attracted the giants of Hollywood.

For the Clint Eastwood stage – with a heritage going back to scoring sessions for Casablanca, Rebel Without a Cause, Batman and Gremlins among hundreds of others – Warner Brothers specified a 96-fader 88RS with SP2 scoring panel and stem maker, weighing two tons and costing over $1m.

It’s a similar story for Hollywood’s other big-name scoring stages. Fox’s Newman Scoring Stage – recently used to record James Horner’s Oscar-nominated score for Avatar – boasts a nearly identical 96-fader 88RSP2, although with some differing custom rack options. Sony’s Barbra Streisand Scoring Stage, which started under MGM recording the score for The Wizard of Oz, has seen epic sessions including Gone with the Wind, Lawrence of Arabia and Doctor Zhivago in the past; more recently Hans Zimmer’s Grammy-nominated score for Pirates of the Caribbean: Dead Man’s Chest was recorded on its 96-fader 88RSP2.

Joining Hollywood’s elite are other film scoring specialists around the world, including (in India) AM Studios, owned by AR Rahman, winner of the 2009 Oscar for best score and a Grammy award winner in 2010, (in London) Air Lyndhurst and Abbey Road and (in Poland) the stunningly appointed new Alvernia Studios complex. Meanwhile, when it comes to post-production, AMS Neve also dominates – 80% of main and elite film dubbing stages, from Hollywood to Bollywood and all places between, are equipped with the world-leading AMS Neve DFC.

For information about the Neve 88RS console or AMS Neve DFC, please get in touch with the AMS Neve team at info@ams-neve.com