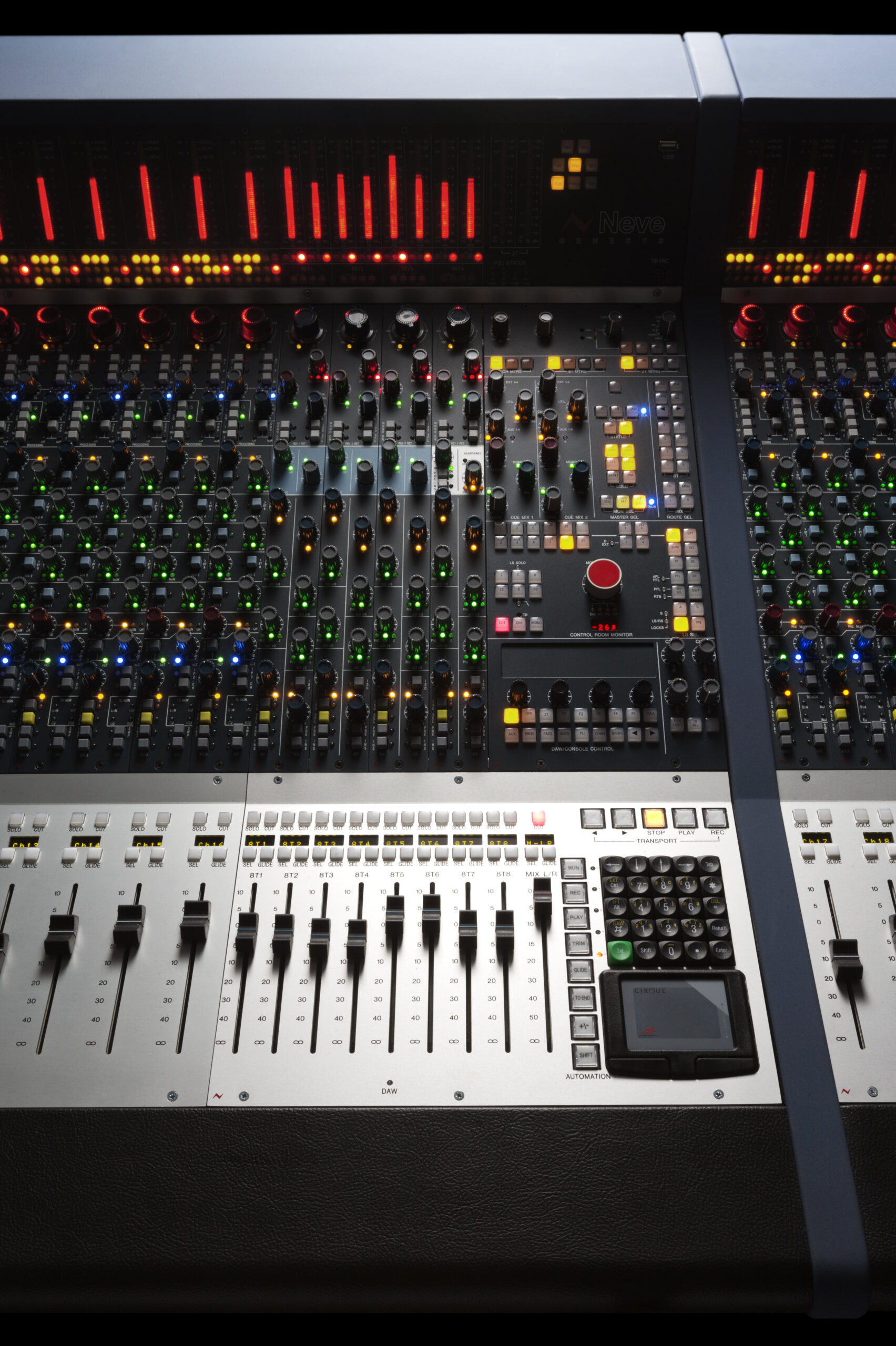 “I love working with the new console. I’m tracking live instruments through the left side while synths are live triggered through the right. I can work full-time in analogue 5.1 which is great for film soundtracks and sounds amazing whilst composing”, Tom Lawes on his new Neve Genesys G64.

Tom is a film director, composer, dubbing mixer and owner of the Electric Cinema and recording studio in Birmingham. He’s had a varied and fascinating career which began at Earth Studios in Birmingham and an audio engineering training scheme. After touring as an engineer with Midlands-based rock bands he became a composer for BBC Television, went on to write the music for more than 300 slot machines and games and in 2004 bought The Electric Cinema.

He explained: “The country’s oldest cinema was sitting derelict and unloved in central Birmingham. After re-mortgaging my house, persuading two banks to offer me loans, maxing out my credit cards and working non-stop for five months I built a recording studio on one screen and reopened the other to the public”.

Tom returned to film-making in 2009 to document the cinema’s centenary. The result was “The Last Projectionist”. He composed a full orchestral score recorded at The Electric and the film became an international success. He also directed the feature-length thriller Monochrome. Tom said: “Although I was happy with the Monochrome score from a composition point of view I yearned for the days when I mixed through an analogue board. I missed the sound and the tactile nature of the controls.

“What I wanted was an analogue console that allowed me to sit centrally, give me DAW control and work in 5.1. I looked at just about every option on the market and the Genesys was by far the best option. Not only is it relatively compact, making it easier to reach the controls from the sweet spot, but it also sounds amazing the moment you switch it on”.

Tom specified to AMS Neve the 88R EQ and compression options along with an 8051 surround buss compressor, tapping off individual tracks into discrete channels for EQ’ing or outboard processing. Interviewed by Pete Waterman recently for BBC Radio, he argued that all the records Waterman had loved and all the hits he had produced were mixed through an analogue console. He added: “I’m hardly using any plugins at all now. Although there’s no doubt you can get great results with a DAW and plugins there’s something about the accumulation of all those analogue channels that somehow gives the mix an almost 3D-like depth”.