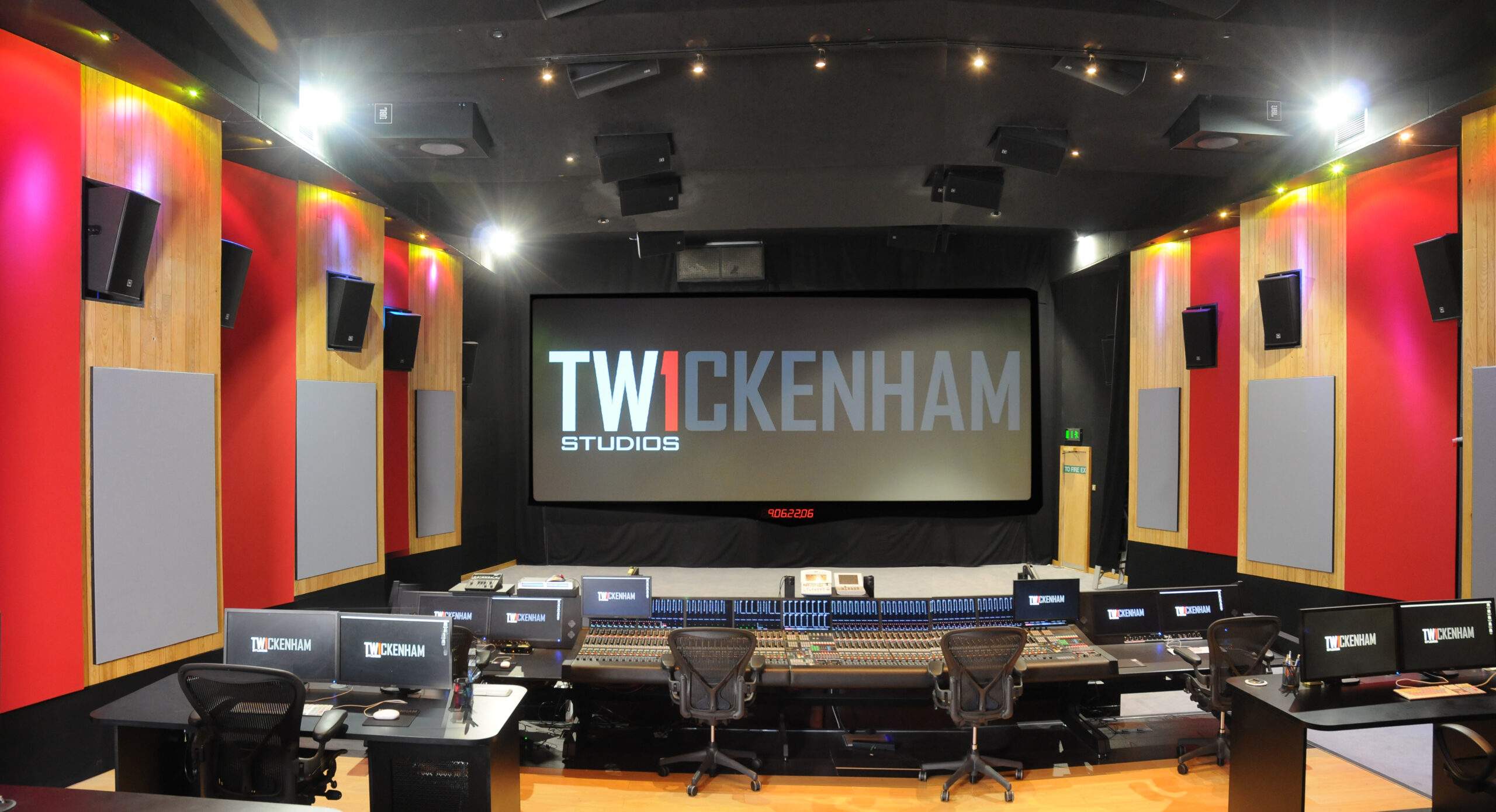 Twickenham Studios has become the first facility in the UK to adopt the Dolby Atmos® format enabling maximum creative power courtesy of comprehensive integration with their AMS Neve DFC Gemini console in Theatre One – one of three DFCs at the facility.

Twickenham Studios chose Dolby Atmos® after receiving increasing numbers of enquiries wanting to work in the format. During the install, they took the opportunity to redesign the layout of Theatre One, adding a 3-tiered client area behind the AMS Neve DFC Gemini console. This provides a clear line of sight to the screen from all edit stations and most importantly from the central director/producer sofa area. For the Atmos upgrade itself, Twickenham opted for JBL monitoring with a 5x 3-way screen setup and 5x Bag End PD18 Subs at the front. They have 62 speakers across 48 Channels and chose XTA speaker management with 14 XTAs in total.

Twickenham Studios also confirmed that they are already working on Ridley Scott’s “Exodus: Gods and Kings” for 20th Century Fox. The re-recording mixers are Paul Massey and Mark Taylor, with Oliver Tarney as Supervising Sound Editor.

“One of the most useful things about using the DFC with Dolby Atmos is its ingest feature. As the majority of FX premixing is largely in playback machines, the ability to ingest Dolby’s Pan Automation into the console is key in developing a workflow from the cutting room to stage, and allows the DFC to become the primary panning tool once in the theatre.”

“Additionally, the ability to sum stems, and dim and cut as you would mixing any other format is still intact. As a mixer sitting down at the console to create an Atmos mix, nothing has really changed in the way you use the console to monitor your stems (and now objects), which is not the case on other platforms and in other Atmos solutions. There are obviously additional pan features, more and wider stems, but for the most part, the actual mixing workflow hasn’t really changed for the mixer. That is the most important feature for me.”

“Along with our in-house engineers, AMS Neve and Dolby have been integral in ensuring the success of our install. As AMS Neve and Dolby are so closely linked in this format, the need to discuss workflows/issues with both manufacturers has been much greater than normal, especially for our first Atmos mix. Before and during the install, engineers have been ready to receive emails and calls about technical or workflow questions. Demos were arranged to demonstrate features of both products prior to installation completion and to brainstorm ideas and problems. Even into the premix, both companies have been on-site for support, if not I know that engineers are just at the end of the phone, which has been really important for us in these early stages and much appreciated.”