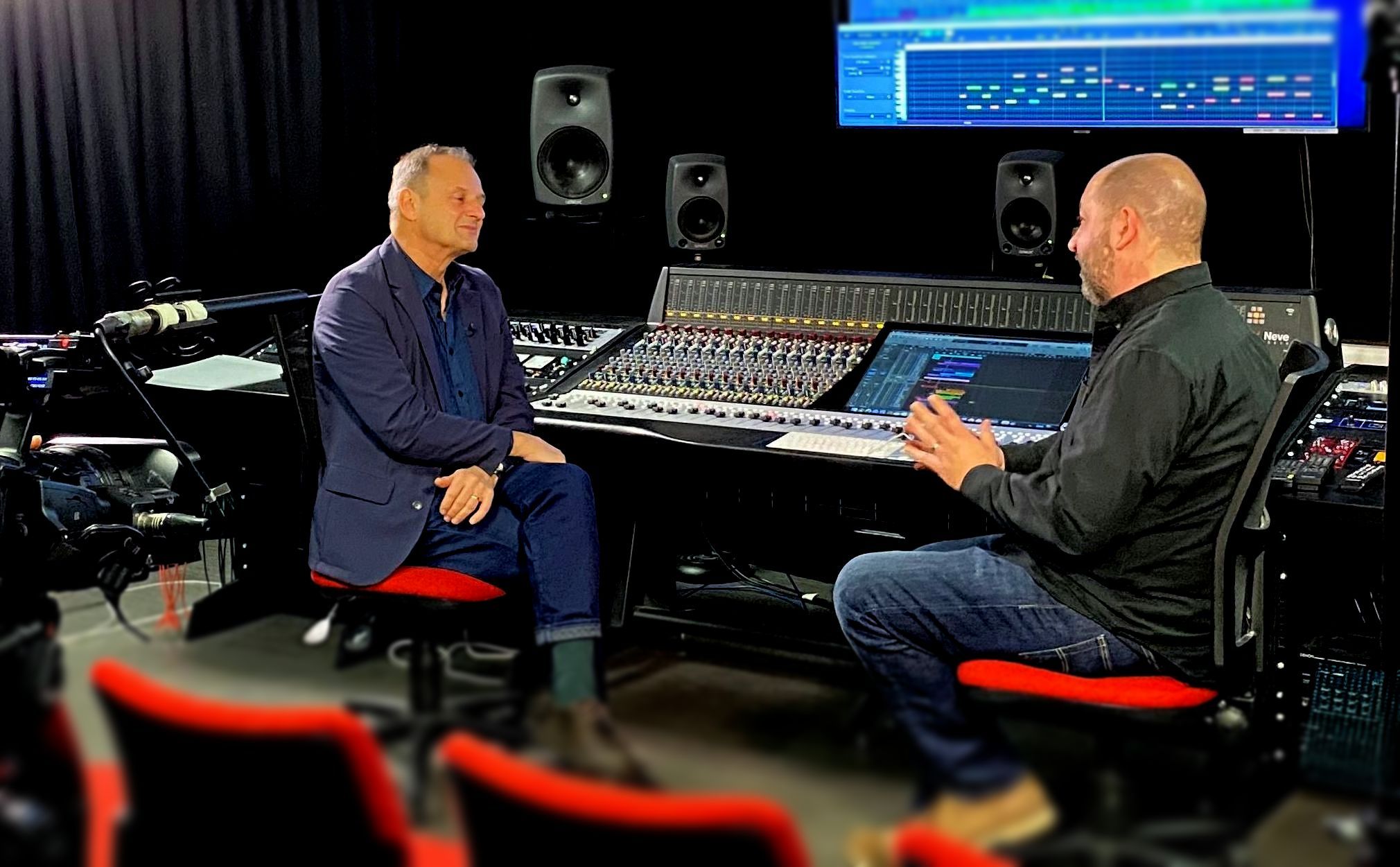 Ever since we discovered that banging a couple of bones together made a rhythmic sound, humans have been exploring ways of expressing themselves through music and developing instruments to help them do so. These hand-built instruments have been present throughout our history and many of them have cultural and ethnic significance. Sadly, some of those early instruments have also been lost to time, often because people who knew how to make and play them haven’t been able to pass on their skills to the next generation.

Capturing the sound of hand-built instruments is the sole remit of the Global Sound Movement (GSM), an organisation established in 2015 by lecturers and researchers from the University of Central Lancashire. GSM works with international communities to sample these unique instruments in their natural setting. In addition to natural ambient recordings that catalogue each instrument’s sonic environment, GSM also creates high resolution, broadcast-quality virtual instruments and sound libraries that can be integrated with music production software. This allows composers to incorporate these rare sounds into their own projects, thus preserving them for the future.

Postproduction for GSM’s recording projects is carried out at the University’s Media Factory in a professionally equipped recording studio that has a Neve Genesys Black GB32 console as its centrepiece. The University is one of six educational facilities that fall under AMS Neve’s initiative to support the next generation of audio professionals. These partnerships involve masterclasses from top designers at AMS Neve, invitations to visit the company’s factory in Burnley and gifts of equipment to each campus.

Phil Holmes, a producer and lecturer in Music Production at UCLAN, is one of the co-founders of GSM. He says: “The Neve Genesys Black is the ideal console for tackling GSM postproduction because it has such a wonderful, warm analogue sound.

The fact that it is digitally controlled is also invaluable because we were able to automate the consoles analogue features, processing the samples in real-time, keeping up a fast-paced in-the-box workflow while maintaining absolute analogue sonic quality throughout. No other console I have worked on can achieve this. The total recall of the board meant that we could work on large sessions while compiling the thousands of samples we had collected, process them and then come back to the console session at a later date when more recordings were sent back to the studio from subsequent GSM trips.”

AMS Neve Product Specialist Joe Heaton is a graduate of UCLAN where he was involved in a number of GSM projects. These include recording and mixing sounds captured inside the Rock of Gibraltar where there are numerous caves with ancient stalactites. When these stalactites are struck, they create different notes which were sampled for the project.

“Working with the GSM on their China and Gibraltar exhibitions was the experience of a lifetime,” Heaton says. “I met such amazing people in remote tribal villages, and being able to share in their ritual music was a phenomenal experience. The postproduction for the project took place back at the UCLAN studio, using the Genesys Black to mix and process the wealth of samples we collected.”

“This process enabled me to really experience the true capabilities of the Genesys Black console, its 5.1 mix facility was crucial in compiling our Gibraltar St Michaels cave atmospheric recordings. Coming from an in-the-box workflow, mixing the GSM sample library on the Genesys Black console really opened my eyes to the quality of sound that Neve consoles achieve effortlessly.”

“The transition to working in a hybrid console workflow was immediate, from then on I was hooked and ultimately this passion led to my new career at AMS Neve.”

Since its formation in 2015, GSM has visited many countries all over the world, both to record and to lecture on its work. The instruments it has recorded and sampled include the Yunluo, Sheng, Dizi, Guan, Dangzi, Cha and Gu in China; a santori in Cyprus; highly unusual percussion instruments such as an Adungu and Akadinda in Uganda; Gamelan instruments in Bali and a Morske Orgulje Sea Organ in Zadar, Croatia. 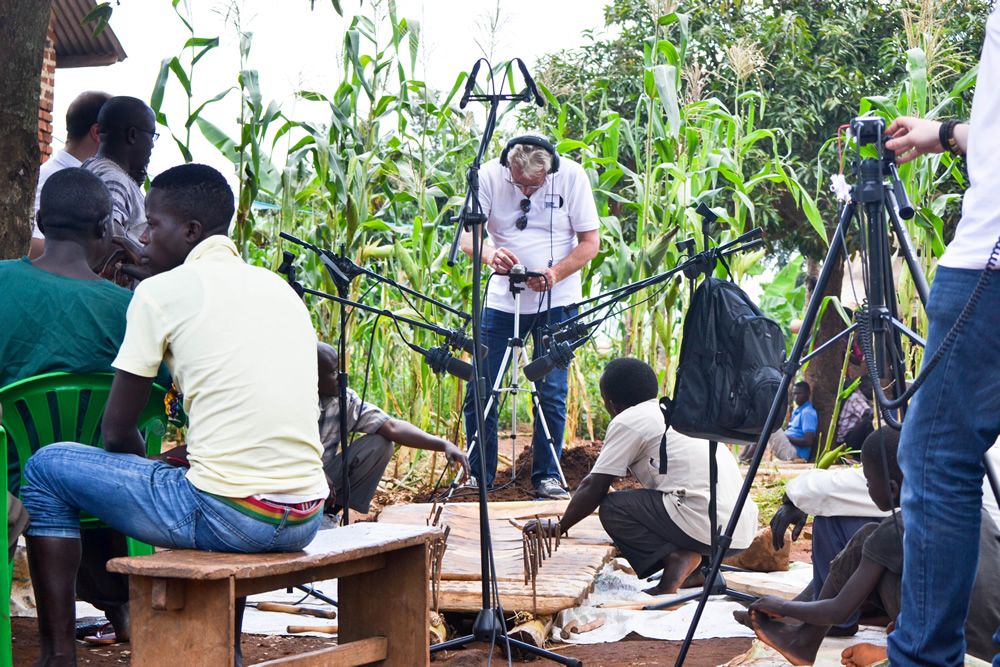 Recordings made on location are brought back to UCLAN’s AMS Neve studio to be mixed. This, says Holmes, is a very labour intensive process as every note on each instrument has to be recorded separately – and at various different velocities.

“It takes a long time to create our samples, but the great thing about these digital versions is that they never go out of tune and they are easily accessible to musicians and composers who want to experiment with unusual sounds and instruments,” he explains. “We sell them commercially as samples through the GSM website but all of the money raised is fed back to the countries where we record to fund sustainable projects for the local people.”

The work carried out by GSM is hugely valuable in terms of preserving the sound of hand-built instruments for future generations and making these sounds accessible to modern musicians. In 2016 the organisation’s efforts were recognised when it won a Times Higher Education Award for Excellence and Innovation in the Arts.

For more information about GSM and its latest projects, please visit: https://www.globalsoundmovement.com/