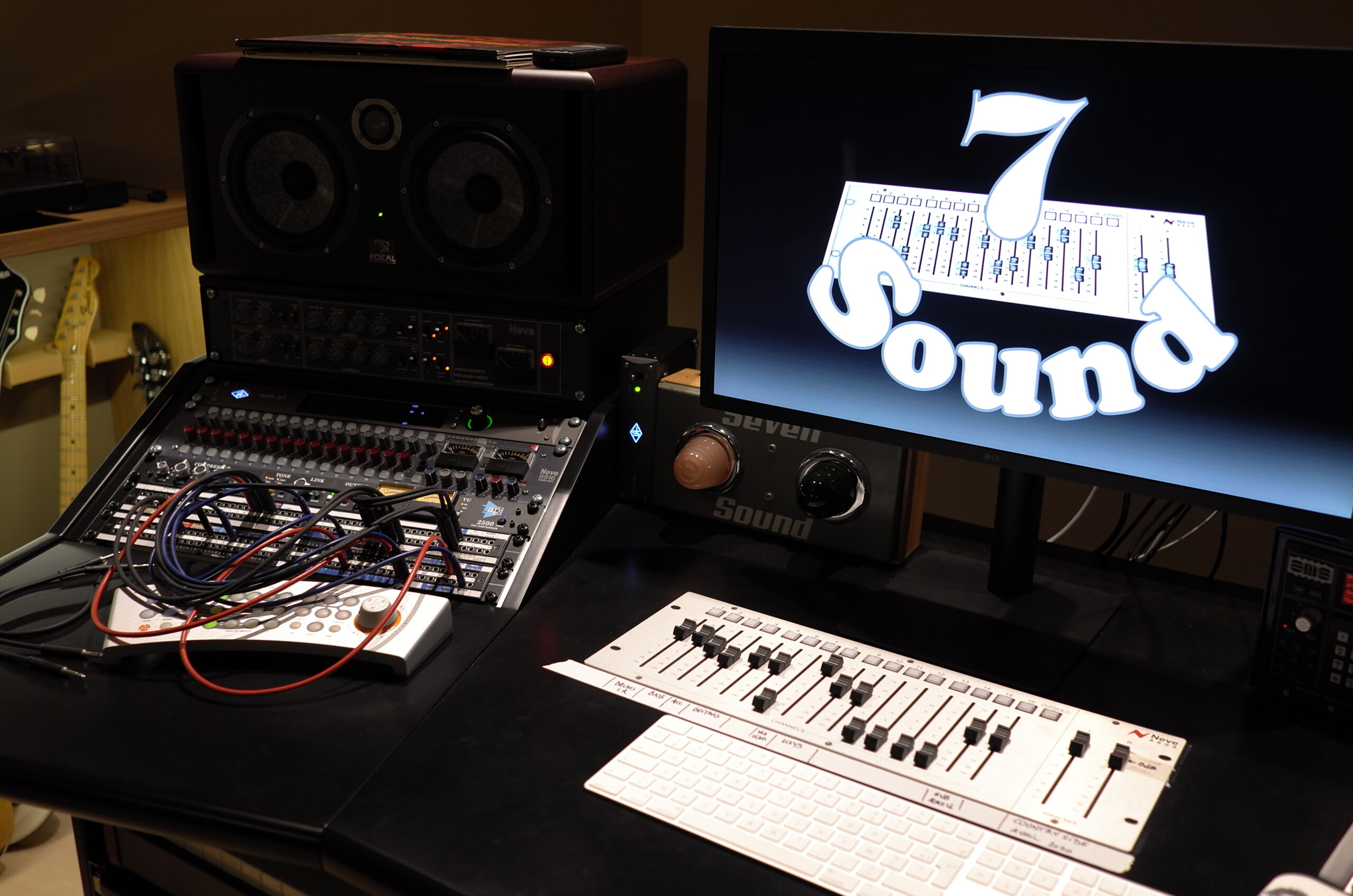 Playing the guitar and singing in bands for most of his formative years gave Jérôme Michiels a solid grounding on which to build his knowledge of production practices, and of course, gear!

“I have been writing songs since I started playing the guitar and got into music production quite early on, first with a 4-track Tascam Portatwo and then moving to more sophisticated setups involving Avid/Pro Tools and then Universal Audio stuff,” recalls Michiels. “I have been recording and producing my own music for many years now (as a one-man show, as the band I play with is not too much into recording, it is really a live band) and decided about 18 months ago to move to the next level with my own private semi-professional studio, which is now up and running.”

As Michiel’s studio project began to take shape, his choice of gear was crucial to him achieving the ‘sound’ and workflow that he desired. As a fan of the sounds of the 60s and 70s, Michiels had managed to collect some quality pieces of analogue gear over the years, but he wanted the flexibility of digital production.

“I’m running Pro Tools on a UAD Apollo 16x, But the tone really comes from my analogue gear and my microphones. When it comes to mixing, the centerpiece of my studio is my Neve 8816 summing mixer coupled with its 8804 fader pack.

I also have a 33609 compressor, which I use both for tracking and mixing (either as on the stereo bus or as an inline insert for 1 or 2 individual tracks as a double mono) and recently bought the new RMX16 500 series which I slap on the “Aux” send of the 8816 to get amazing reverb/echo effect on the voice, guitars or drum tracks (anything works with this thing in my opinion, it is just ridiculous!).”

It really is like Day and Night when you use a real Neve analogue unit. My mixes are just more open, more punchy, there is absolutely no comparison.

“I organise my workflow so as to be able to A/B the output of Pro Tools and the output of the 8816 with the flick of a switch at any time and the result is really amazing. I am now tracking and mixing almost simultaneously: tracking takes place in Pro Tools/UAD (for real-time monitoring purposes there is really no way around this) and then listening is done through the 8816, the sound is so much better and closer to the final mix, you can immediately tell whether the take you have done will nicely fit into the mix. It also saves a lot of time as you basically build your mix as you track, there is not much to be done in the end, at least in my book!

I love the ‘Width’ button (which I tended to use ALL the time) as well as the Sum and Difference switch on the insert (though my cable guy joked a lot about this “geeky” feature while complaining a lot about the inverted wiring!)

Michiels is also a heavy user of the 33609 Stereo Compressor.

“It is just amazing on the stereo bus mix, very easy to work with. It is just immediately rewarding, and the RMX16 has this amazing sound that is so easy to dial.

After having installed the RMX, I first tried it on the stereo output of vinyl – I love to add a little bit of stereo image and test the setup – and the result was amazingly flattering to a mix cut by Glyn Johns himself!”

“In a nutshell, I love so much the Neve sound that I already feel limited with only 16 tracks and am thinking of how to increase the possibilities in the next version of my studio: maybe with 2x 8816 units or a larger console, who knows?”

For information about the Neve 8816, 8804 and the AMS RMX16, please get in touch with the AMS Neve team at info@ams-neve.com