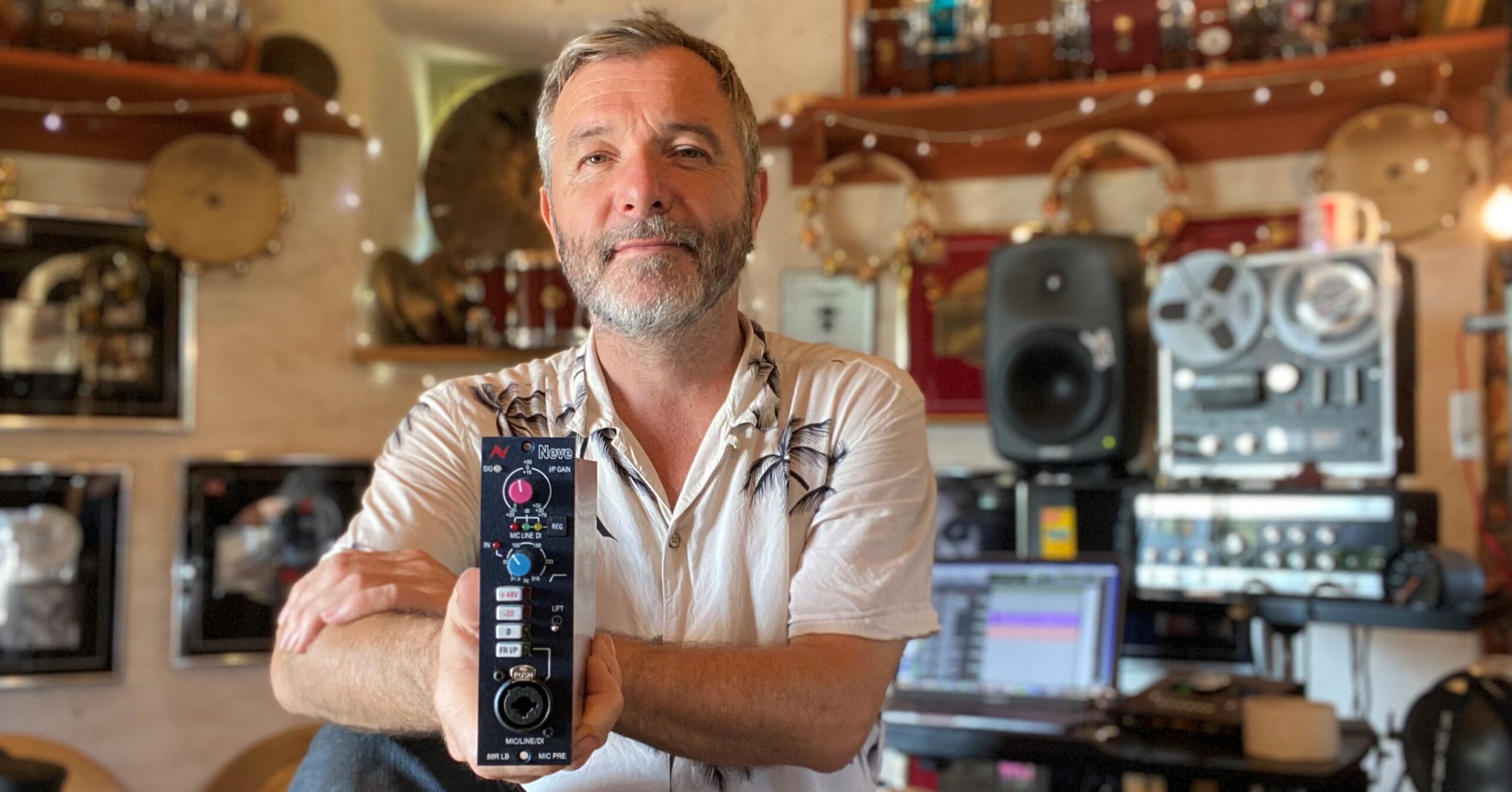 Neve’s classic 88RS console weighs around two tons and certainly doesn’t fit into most project studios, including the one owned by internationally acclaimed drummer Ash Soan. But when Ash wanted to capture the sound of this iconic desk on his recordings, he found a simple solution in the shape of two Neve 88RLB mono mic preamps.

Ash, who has toured and recorded with some of the biggest names in the music industry, has installed the 88RLB units into a rack that already included four Neve 1073LB mic preamps, which he bought over 10 years ago.

“My studio is mainly used for drum recording and I have a selection of UA interfaces, with Neve preamps for the main kit,” he explains. “I use 1073’s for my kick, snare and hats but I wanted the 88RLB for my overheads. They fit perfectly together and work great, and I’m very happy with the results I’m achieving.”

A music graduate from Salford University and a former student at Tech Music School, Ash Soan got his first big break as a drummer in 1994 when he joined the band Del Amitri. He toured and recorded with Del Amitri until 1997, then subsequently played with Faithless and Squeeze. He also played at the 2012 Olympic Games opening ceremony with Mike Oldfield and was the house drummer on the television show The Voice for seven years. His film work is also extensive and includes playing on the Terminator Genisys and Mission Impossible Fall Out soundtracks for composer Lorne Balfe and on the Kung Fu Panda 3 and The Lion King 2019 soundtracks for Hans Zimmer.

As someone who operates at the top of the recording profession, Ash has worked in many of the world’s best recording studios and has often enjoyed the sound of high-quality analogue Neve consoles such as the 88RS. It is this exposure to the best that inspired him to invest in Neve 88RLS units for his own studio.

“I was at British Grove recently with Hans Zimmer and Stephen Lipson and I loved the Neve 88R console there,” he explains. “Installing 88RLB units is a very cost effective, convenient and accessible way of getting that sound into a small studio like mine.”

Based in Norfolk, Ash’s studio was originally set up as a practice space and somewhere to store his equipment, but while working on The Voice he began hosting sessions for clients such as Alicia Keys and Dua Lipa, so he decided it was time to focus more attention on the room.

Ash’s new Neve’s 88RLB units are in the 500 Series format and use exactly the same technology as the preamps in an 88R console. However, they also come with useful extra features such as a sweepable high pass filter, intelligent phantom power control, a DI input and a REGenerate function that makes it easy to add analogue warmth to individual sources, or even entire mixes.

“I just love the colour from the preamps on my drums,” he says. “I’ve had that sound many times in the past when I’ve recorded in large studios, but owning my own preamps is the perfect way to add that sound to the recordings I am making now.”

For information about the Neve 8424 console and motorised faders, please get in touch with the AMS Neve team at info@ams-neve.com