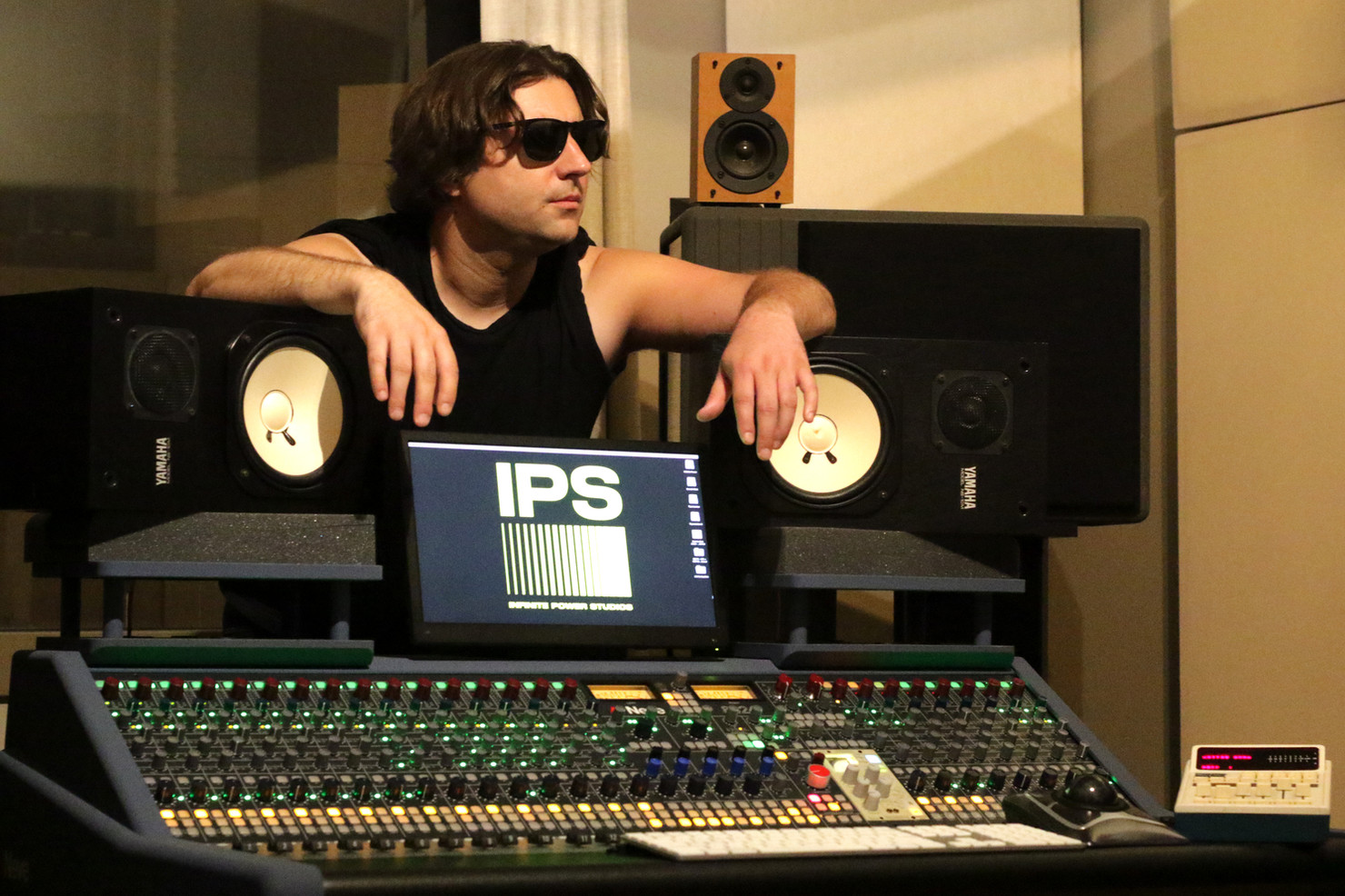 Producer and sound designer Matia Simovich has redefined his workflow by installing a Neve 8424 console at his Los Angeles-based facility, Infinite Power Studio.

Supplied and installed by Neve partner Vintage King, the 8424 is ideally suited to Infinite Power’s control room because it has a small footprint while still delivering all the audio quality, automation and functionality of a much larger, traditional analogue desk.

“Initially I was looking at the Neve Genesys range but when I heard about the launch of the 8424, I arranged to demo the desk and quickly recognised that it was better suited to my needs,” Matia says.

“It offered everything I was used to on a large format mixer but it was scaled to a size that made more sense in a control room where space is tight. Also, I’ve spent many years making records on a different brand of console and I was looking for an alternative sound. The 8424 offered the traditional Neve blend of transformers on the mix bus but it was a lot punchier than I expected it to be. The sound is cleaner and there is more separation, plus the stereo image is huge! I realised this was the new sound I was looking for and now that I’ve started working on it, I am really happy with my choice.”

Matia Simovich began his audio career in San Fransisco where he quickly became prominent on the electronic and experimental music circuit. He initially worked as an in-house producer and sound designer at Asphodel Studios/Recombinant Media Labs where he collaborated with the likes of M.I.A., Keith Hillebrandt (Nine Inch Nails), Blixa Bargeld (Nick Cave and the Bad Seeds) and many other boundary-pushing artists. He also did a stint at Different Fur in San Fransisco and Assault & Battery in London, before returning to the Bay area to establish the band INHALT and to work on sound design projects for keyboard and synthesiser companies such as Akai, Roland and Sequential.

In 2017 Matia relocated to Los Angeles when producers Rhys Fulber (Front Line Assembly, Fear Factory) and John Fryer (Depeche Mode, Nine Inch Nails), invited him to join their studio. It was renamed Infinite Power Studios and proved to be a very creative environment for all three. However, when the pandemic hit, Fulber and Fryer both decided to move closer to their family roots and Matia took over the whole facility. This was the catalyst for a number of changes that culminated in the installation of Matia’s Neve 8424.

As a producer, Matia describes himself as hardware-centric with a nod towards a hybrid workflow. Infinite Power Studios now houses his collection of vintage synthesizers, drum machines, and FX processors, as well as everything else a pro studio needs.

“I have invested in high-quality equipment but this is scaled to suit the budgets of the independent and alternative labels I mainly work with,” he says. “I see no reason why the techniques and workflows I experienced in larger commercial studios can’t be tailored to suit smaller budgets. The art of production and engineering remains the same and I want the artists – and the companies – I work with to have access to the same high-quality sound from start to finish, without compromise.”

Matia adds that having access to a demo 8424 console during lockdown was very useful as it allowed him to properly explore the desk’s functions and features.

“Both Neve and Vintage King were really great,” he says. “They are all lovely people to work with and very professional. Once I had decided the desk was for me, I had to wait a while for it to be shipped so I took the opportunity to rewire the studio and have new furniture installed. When it did finally arrive, I was all set and had a host of projects ready to go. The diversity of these projects have really given me a chance to put it through its paces and I am very impressed. So far, I’ve completed a couple of mixes for the electronic band Boy Harsher, vocal tracking with the members of Nitzer Ebb, and also a project for Roland’s Fantom keyboard. Everyone is very happy and I am beyond ecstatic about the sound I am getting. Workflow aside, it’s the sound of this desk that makes me really happy.”

Matia plans to install the new automation package Neve has announced for the 8424 and believes this will add even more functionality to what is, already, a powerful desk.

“I think Neve has been very clever with this console because it is quite remarkable,” he says.

“The price point is serious but not impossible and you really get the feeling that nothing has been cheapened and no corners have been cut. It is a very elegant solution that makes no compromises when it comes to sound quality or workflow.”