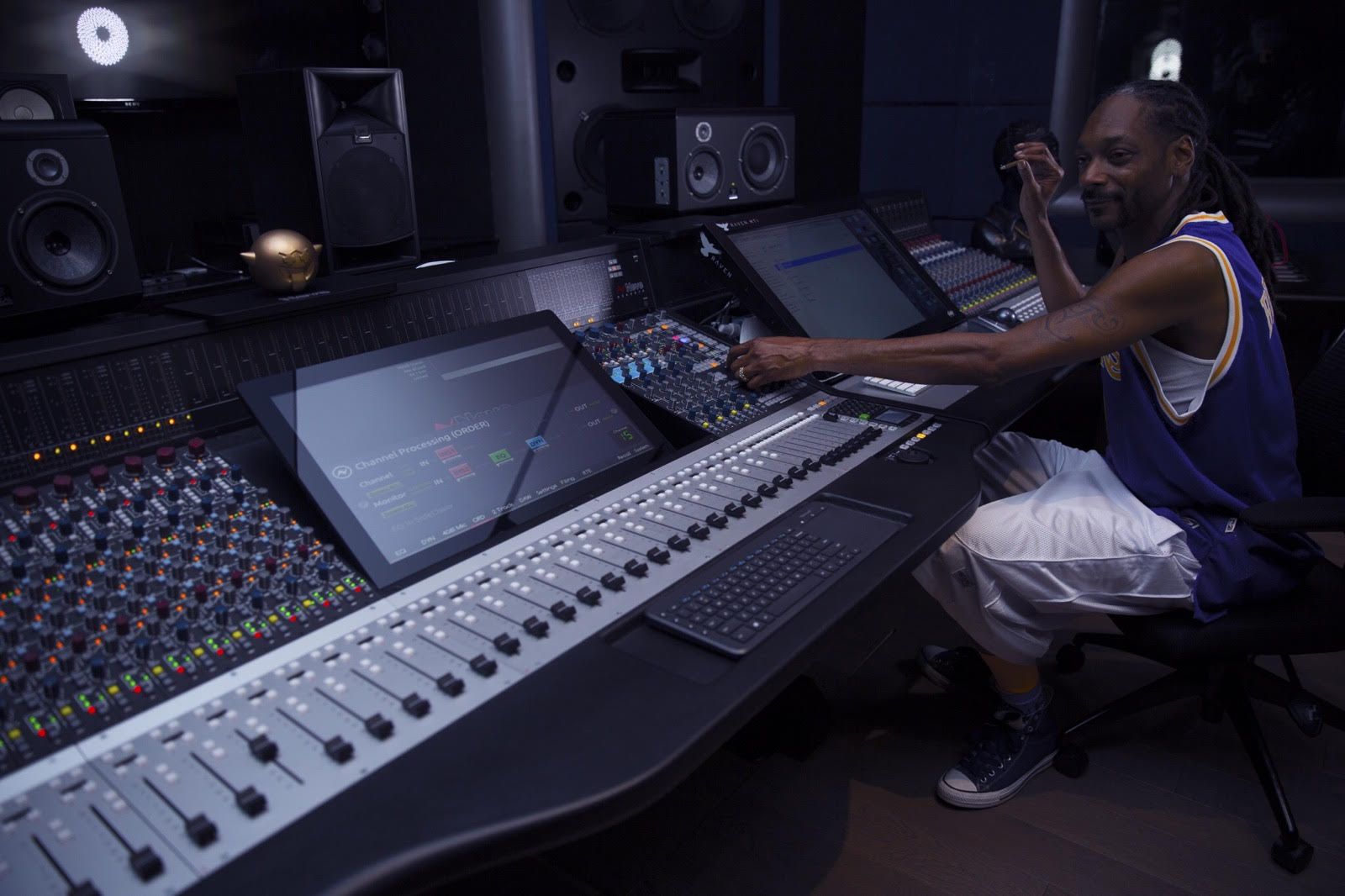 “The console is great. Snoop could have had any console he wanted but the Genesys Black just did everything that we wanted it to do,” Snoop Dogg’s producer DJ Pooh on the latest acquisition to the star’s new Beach City studio in Los Angeles, AMS Neve’s top-selling Genesys Black console.

The Genesys Black G64 desk is the centrepiece of studio A, named “The Mothership”. Studio B (“The Battleship”) and studio C (“The Battlecruiser”) complete the line-up inside the 20,000 square foot building which is just five minutes away from Los Angeles International airport.

Snoop is probably the most famous name in hip hop, urban, pop and rap but he’s also more than a musician. He is also a super influential artist, TV and film star with a whole range of businesses which now have their headquarters at Beach City, surrounded by his collection of modern cars and classic pimped out muscle and show cars, alongside a full-size basketball court, games room, radio broadcast studio and video edit suites.

The Genesys Black was supplied by Professional Audio Design, Dave Malekpour is the company’s president. He was there when Snoop first tried the console and recalls: “After listening to the same tracks spread out on the console, and the engineer stripping away plug ins, it immediately became clear that it sounded amazing and the tone was warm and full, with the natural elements only analogue audio can provide. He told me, in no uncertain words, ‘this will be the sound of all our productions – we need it to sound like this’”.

Snoop’s right-hand man, DJ Pooh, played a big part in deciding on the Genesys Black. He told Dave Malekpour they wanted an analogue console in order to be able to work in the classic old school way, particularly for tracking and mixing. Much of the work they do combines both production-based music from sequencers, drum machines and keyboards, and tracked live instruments. The sound quality was vital, but there was another key factor.

Malekpour explained: “They also needed to be able to move from track to track as they bring in the different musicians, sometimes working on multiple tracks simultaneously. This meant they needed a fast way to switch between tracks so when files are opened they can get to work without spending time manually recalling the settings. With Genesys, the instant reset ability of most console functions mean they can switch from song to song almost as quickly as opening the DAW files.

“This was a great solution, combining the sound of both the vintage Neve 1073 transformer coupled mic preamps and Class A 1084 with modern 88R’s signal path for clarity and tonal expression combined with instant reset. The combination allows Beach City’s producers and clients to move swiftly between projects and tracks and to add the classic sound to their recordings.” 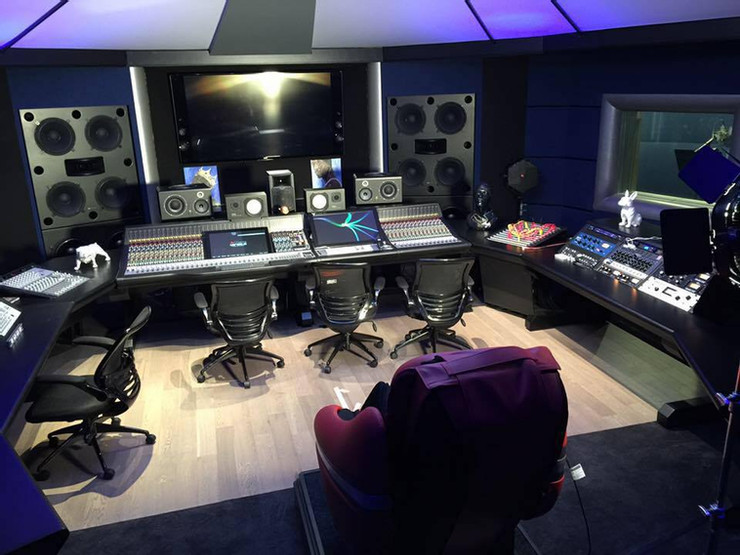 DJ Pooh said they also listened to all the outboard mic pres in the studio before concluding that the mic pre and EQ in the Genesys were the best, so they set up a template with channel path settings for tracking Snoop’s vocals through the preamp, 88R Dynamics and 1084 Class A EQ. Malekpour added: “That was another bonus. It means that whenever they track they can count on immediately getting the sound of Snoop’s vocals without effort or time having to be spent recapturing a sound they have already worked on. Saving time is huge for Snoop, who is constantly on the road or on a TV show”.

DJ Pooh summed up the impact the new console has already had. “It sounds amazing”, he said, “It just fits. The desk has just taken everything to the next level. We love it”.