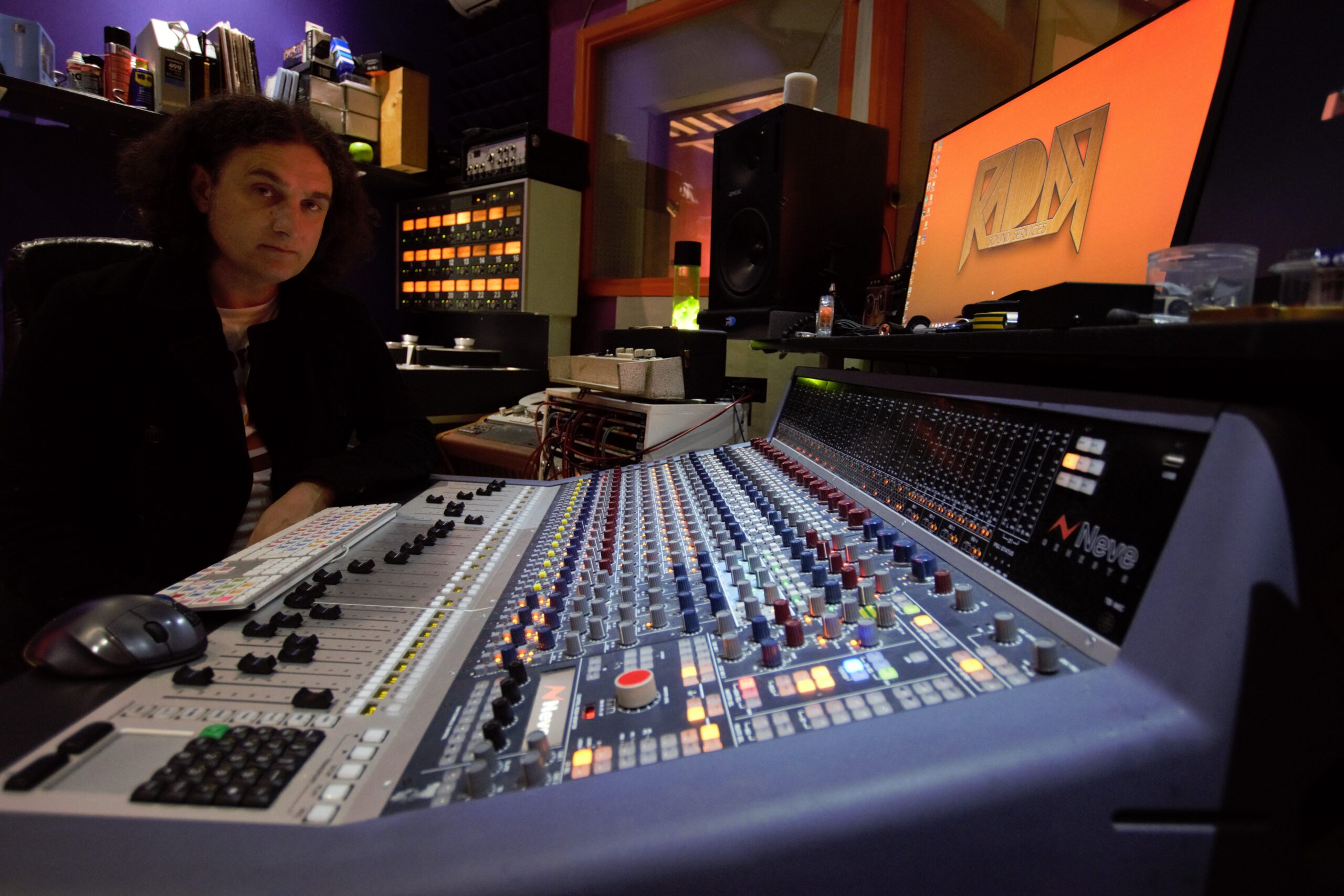 Radar Sounds, one of the few remaining studios in the UK to offer true analogue tape recording facilities, has installed a Neve Genesys G32 console. The new desk replaces an Amek Angela console that was on its last legs, says studio owner “Fuzz” Barthram-Keet.

“The Angela’s reliability had become a problem because it was so old, and we also needed something that offered proper automation and recall for mixdown,” he explains. “I already own a pair of Neve® 1073DPA mic pre-amps and I know just how much I love the sound of them, so a Neve console was top of my shopping list. The desk’s fabulous analogue design and Neve preamp circuitry allow us to keep the mix analogue from start to finish without sacrificing modern features such as hands-on DAW control and connectivity.”

Radar Sounds was established eight years ago when Fuzz took over the recording studio, which was formerly used by record label 4AD. Located on Platts Eyot, a small island in the River Thames (close to Hampton Court), Radar Sound Services places a strong emphasis on live recording and using analogue facilities to capture the best sound.

As well as tracking, Fuzz also offers mixing and mastering services and describes the business as a ‘one-stop shop’ for musicians, media companies and voice over artists. Clients have come from many different countries and genres and include Slobheads, Young Romance, Archie Bronson Outfit, Ariel Pink, Atlas Sound/Deerhunter, Hard-Fi producer Wolsey White, Serafina Steer and Younghusband.

“I started out as a guitarist in a band but moved into the Engineering/Production side of the business because I was fascinated by the technology and the challenge of capturing great sound,” he says. “I eventually acquired enough equipment to start my own studio and was told about the facility on Platts Eyot by my former sound Engineering teacher. Although we offer a full range of services, we tend to attract artists who prefer analogue sound and want to record all their instruments live. I’ve always been interested in capturing the true essence and vibe of a band and I do feel live recording to 24 track analogue tape enables you to do that better. But obviously, as a commercial business, we cater for all types of projects and are equally at home with digital, which we record using our *IZ ADA system.”

Fuzz adds that the studio’s new Neve Genesys has made it faster and easier to switch between sessions, which has improved the facility’s productivity.

“The desk does give us a commercial advantage and I’m really thrilled with it,” he says.

“It perfectly complements the way we like to work and by using its preamps, EQ and dynamics, we can now offer our customers that classic Neve sound.”

Like so many commercial facilities, Radar Sounds had to close its doors during the Covid-19 lockdown but was able to stay busy with online mixing/mastering projects.

“The pandemic has made the situation difficult for people who want to record live, but we are confident about the future because we are adaptable and have the experience to provide a professional package at a great price,” Fuzz says. “We have mastering and mix projects scheduled for the summer and we hope it won’t be too long before we can get bands back into the live room to record.”