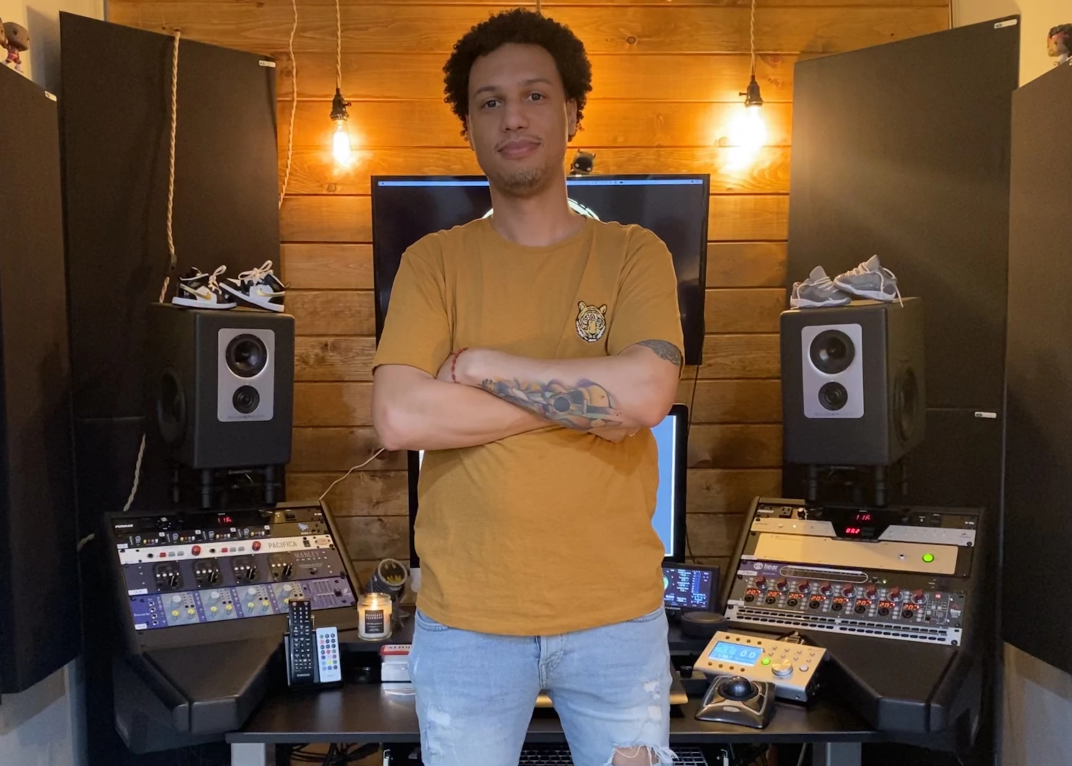 Rooted Studios is one of the first commercial recording studios in the USA to invest in a Neve 1073OPX – the new Octal Microphone/Line/Instrument Preamplifier launched earlier this year by AMS Neve to mark the 50th anniversary of the legendary 1073.

Based in Hackensack, Rooted Studios is owned by musician, engineer and producer Rony Feliz who opened the facility just as the state of New Jersey went into Covid-19 lockdown. While that could have spelt disaster for such a new venture, Rony and his staff have turned adversity into opportunity by focusing on remote mixing, recording and writing sessions.

“Thankfully, the relationships we’ve built throughout the years have kept us productive in these strange times,” Rony says. “Now that things are relaxing, we have been safely doing live concerts at the studio to stream.”

Timing played a key part in Rony’s decision to buy in a Neve 1073OPX. As the equipment list for the new studio came together, he decided to replace his older preamplifiers because Rooted Studios needed more channels for live recording projects. The launch of the 1073OPX coincided perfectly with his plans and Rooted was one of the first studios to take delivery of a unit from AMS Neve’s US supplier, Vintage King.

“Being a smaller studio we don’t have a large budget to make mistakes or to buy pieces of equipment for the sake of it,” he explains. “I needed a workhorse, and I was lucky Neve released the 1073OPX just as I had enough money to buy. I already owned an interpretation of the 1073, but when I compare it to the OPX I immediately hear the clarity and depth of real Neve sound that the other preamp just doesn’t have. “

“We are running drums, vocals, guitars, percussion, and bass through it and there hasn’t been one thing where I’ve thought ‘maybe we should try something else’. Consistency is the thing that’s most important to me, especially as we are a new studio with so much still to prove.”

Rony adds that he is very impressed by the unit’s software that allows him to control the preamp from his Mac.

“It makes me look like a wizard and cuts time from reaching over and making adjustments,” he says. “At the studio, we have the line ins patched to make the OPX an 8 mono/4 channel stereo summing amp. The features are everything I need and I definitely see how two of these and one of the new Neve 8424 consoles would make a dream team. This purchase has solidified my decision to buy a Neve 1073DPX and an 8816 Summing Mixer, which are also on my shopping list. Hopefully, one day, I can also acquire an 8424 and make Rooted Studios the truly hybrid studio we are aiming to be.”

Rooted Studios currently has an Argosy desk, Barefoot Footprint 01 monitors, Grace M901 monitor control and Antelope Orion 32 conversion, plus a variety of outboard units and microphones from manufacturers such as Focusrite, API, Neumann and Shure. The addition of a Neve 1073OPX has been welcomed by staff and artists, with everyone appreciating the quality of the Neve sound. Since installing the preamp it has been used on more than 15 records and is now a regular feature on every project going through the studio.

“We track through Pro Tools and we mainly kept things ‘in the box’ with the exception of re-amping or with the new OPX summing to really give the song’s character,” Rony explains. “Being a musician, I definitely enjoy tracking bands because I love being able to capture that energy when musicians interact with each other in a room. Like many people in the industry I started as an artist, then out of necessity learned how to engineer my own sessions so that I could capture and share my ideas. I now love the process of producing and creating something new – changing a microphone or moving it around to get a particular sound, driving a preamp for character and using my ears creatively to get the sounds I’m reaching for in my head.

“I also enjoy handling live sound projects for artists and companies, although they are very different disciplines. In the studio, you have a controlled environment where you can really push your equipment and realize all of the subtleties, whereas in a live environment you have to be on your toes to put out fires and troubleshoot any problems that might arise, usually in an impossibly short timeframe. What I love most is the fact that my decisions in both live and studio situations, directly affect the experience of the people enjoying it.”

Rony’s portfolio includes working as a live sound engineer for Pitbull, projects for Redbull, PGA Golf Tournament, Microsoft, NFL and IheartRadio and engineering, playing and producing projects for artists such as Jon Carlos, Papayo, Pinto Picasso, Agnus Dei and many others.

Alongside client projects, Rooted Studios is also acting as the hub for a new project to support musicians and artists that need professional content but may not have the resources or funds to present themselves in a professional way.

“There are many artists, bands and musicians that are extremely talented but don’t have any high-quality video/audio to show off their amazing skills,” Rony says. “Unfortunately, they are often overlooked or not booked, so that is where we come in. We invite these artists to come to the studio and we help record audio/video, free of charge, so that they gain confidence and get equipped for gigs/shows/press. It helps us stay sharp and inspired and allows us to network with talented people. Like the roots of a tree, we are all connected, and if we embrace that we can all grow together. We call these sessions ‘Teakwood Sessions’ and our first will be airing later this year.”

Lockdown has been a testing time for everyone, but for Rony Feliz and Rooted Studios it has also been a time of intense creativity. Plans for the studio were brought forward after an attempted break-in at Rony’s residence where he had his own studio. This forced him to search for a new and more secure premises, which he found just before lockdown was announced.

“I had no idea lockdown would happen, but with the team I have and the projects we were working on, I decided it was time to get a space and build a recording studio,” he explains. “Things are different because there has been a hard halt on the music industry, but we are thankful that the creativity never stops. It’s taken some adjusting and learning new things – and doing things we normally wouldn’t do or offer – but it brings me back to why I love doing live sound. If something doesn’t work, we have to troubleshoot. It also forces all of us to grow outside of our comfort zones and try different things. I’ve been observing the industry and I’m excited to see how we all reinvent ourselves and the opportunities it will create for all of us. No matter how much things change, the passion and love for music will never run dry and that is something I look forward to.”

For information about the Neve 1073OPX, please get in touch with the AMS Neve team at info@ams-neve.com