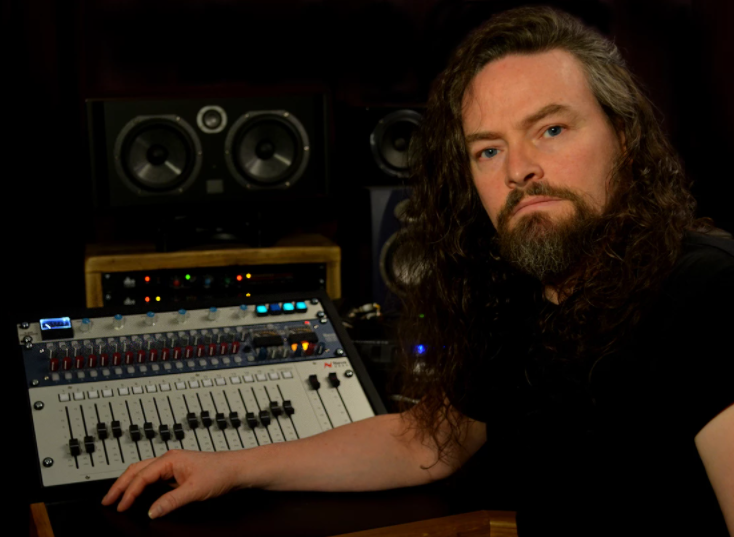 A Neve 8816 summing mixer with an 8804 fader pack have now become an essential part of his workflow.

Composer and producer Steve Kilpatrick has made an AMS Neve 8816 16 – channel summing mixer a central part of his new studio in Manchester, where he provides bespoke music for film, TV and radio projects.

Best known for his compositions for the Resident Evil 6 and Racoon City trailers, as well as the award-winning BBC Radio 4 dramas Amazing Grace and Cottonopolis, Kilpatrick’s music has been broadcast around the globe, including on the BBC, Channel 4, ITV, MTV and VH-1. His opera Flight Paths was commissioned as part of the 2012 London Olympics celebrations and he also composed the music for the feature film A Coven of Evil.

Kilpatrick, who owns Soundfrackery Productions, says incorporating a hand-built and hand-wired Neve 8816 into his new studio was a ‘no brainer’ from the moment he started planning it.

“I wanted a bit of kit with mojo, which is what attracted me to the unit in the first place,” he explains.

“But what made the 8816 stand out amongst the other summing mixers was that it had monitor control and headphone monitoring covered, without my having to purchase further separate units.”

Once he had the Neve 8816 in his set up, all Kilpatrick had to do was add a Neve 8804 fader pack that allows channel and main audio levels to be controlled by faders. Everything he records now passes through the units, which he says have become an essential part of his workflow.

“They give the tracks a little extra something,” he says. “I mix every project through the 8816 and 8804 in a hybrid style, to add some of that analogue vibe. Sometimes the effect is subtle, and other times I push the unit as hard as it can take to get the tracks really bouncing. If you push really hard, things can get a little crunchy, in the nicest way possible.

“Finally, I’ll throw a G Series-style bus compressor and Pultec-style dual mono EQ in the insert, with just a touch of the 8816’s stereo widener. I love being able to pop these in and out for reference with the press of a button.”

For information about the Neve 8816 and 8804, please get in touch with the AMS Neve team at info@ams-neve.com