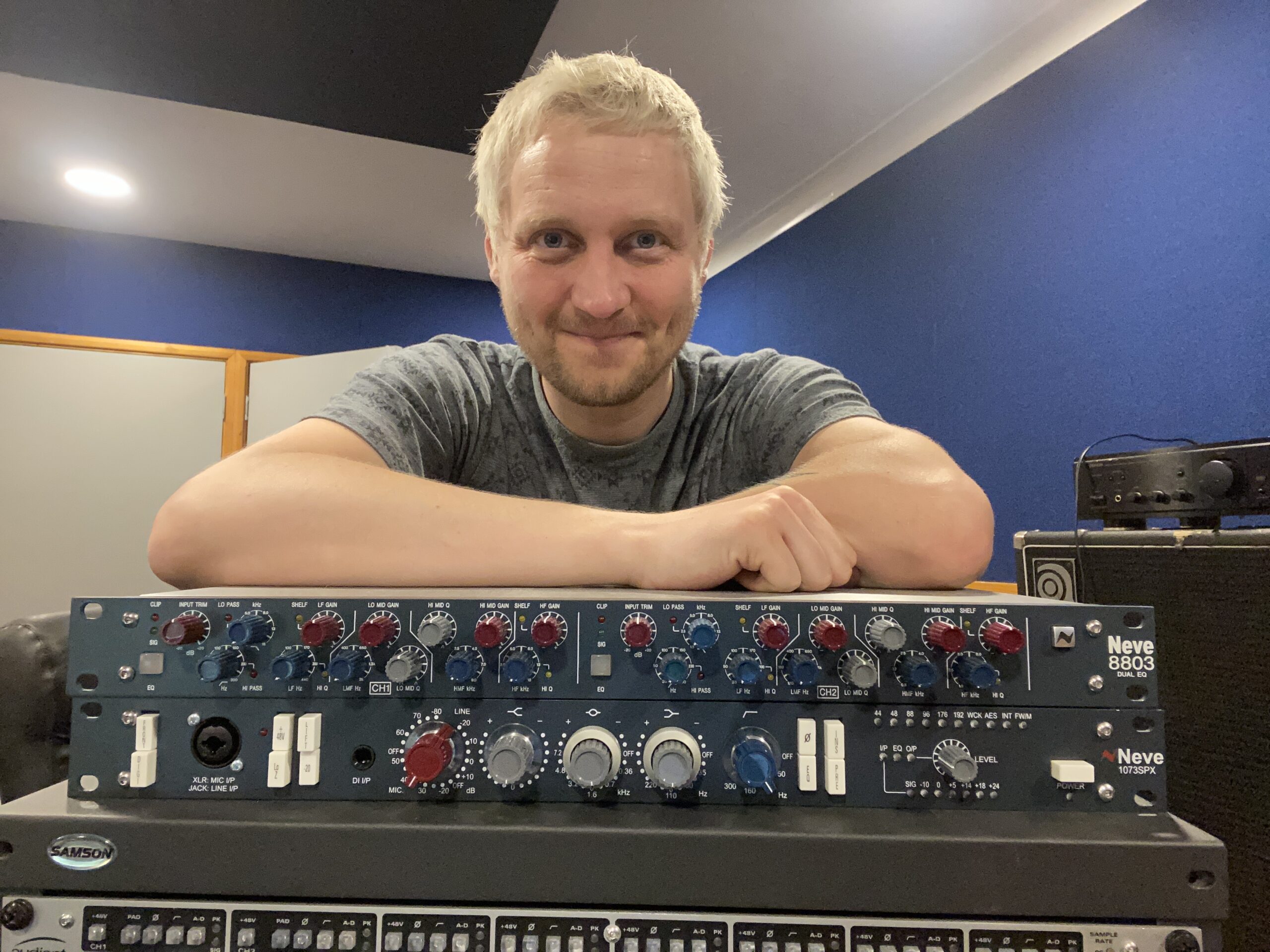 Billy Lunn, lead singer, guitarist, songwriter and producer of the rock band The Subways, has made Neve outboard units the centrepiece of his new studio after recognising the positive impact Neve equipment had on the sound of the band’s second album, All or Nothing.

Released in 2008, All or Nothing was produced by Butch Vig and recorded on a Neve 88R desk at Conway Studios in Los Angeles.

“In my view, it is, without doubt, our best sounding album,” he says. “I’ve never got over just how huge and rich everything sounded running through that console. I also distinctly remember Butch telling me that the microphone and preamp combination used for my vocals was exactly the same as Kurt Cobain’s during Nirvana’s Nevermind sessions.”

The Subways recently revisited All or Nothing for a Tim Burgess Twitter Listening Party, which involved playing it through and commenting on the album. In preparation for this, Billy contacted Butch and his engineer Billy Bush for more details and they both remembered using a selection of Neve 1073 mic preamps. This, says Billy, was music to his ears because he’d used 500-series Neve 1073LB and 88RLB modules to record many parts – including his vocals – for The Subways’ fifth album, which is due to be released later this year.

“Those modules were at the centre of every single part of the tracking process, simply because they consistently outshone every other piece of gear I had,”

he says. “Sadly, because of financial problems caused by Covid, I had to sell all our recording equipment in December 2020 to pay our way out of a studio rental contract. But I was determined that once I got a new studio, I would build it from the ground up with the very best AMS Neve outboard units I could afford.”

That dream has now been realised in the shape of a new space at Farm Factory, a rehearsal, studio and teaching facility in Welwyn Garden City. Billy who is now producing other artists as well as working on The Subways projects, uses his own room as a control room and books the studio next door if bands need to track.

“It’s all very relaxed, and I like to make everyone involved feel at home,” he says. “The Subways have always worked best with the least amount of pressure put on us, so I like to replicate that for other bands in my own sessions.

As part of his investment in new studio equipment, Billy has acquired a Neve 1073SPX mic preamp, a Neve 8803 dual/stereo EQ unit and an 8801 channel strip.

“For me, it’s all about the gain of the preamp,” he says.

“There’s this beautiful, rich core at the heart of the 1073SPX, from which I can get the very best out of the sound source. Literally, any instrument or voice can go through it, and I can trust that I’m already operating at the very best representation of that sound.

If I need to adjust this original richness, I can switch in the EQ section and begin carving, cutting, and boosting across the spectrum. Thanks to the stepped frequency control options, becoming accustomed to which frequencies I need, and when, happens very quickly, and it inherently becomes intuitive by this process. Having front-panel inputs is also extremely handy, especially if I want to get a part down quickly and in the moment. Mic, line, or DI, I can plug straight in at the front, boost or cut the gain, and get tracking. Last, but not least, the 1073SPX is unbelievably affordable for what you get: quality sounds from a unit of quality. And it really does look spectacular.”

Having spent much of the last 18 months writing, organising, and recording The Subways’ new album, as well as recording and mixing projects for up-and-coming artists, Billy feels his own status as an artist has been put on the back burner in favour of developing his skills as an engineer and producer.

“I’m really settling into this role,” he says, “so I wouldn’t mind if the music world started seeing me more in that light. When I am producing, I need to know I’m capturing sound sources appropriately, which means using the right instruments, microphones, preamps, EQs, and compressors. In terms of workflow, I like to do as little as possible in my DAW when I am tracking, and I make sure all the elements leading up to the DAW are just so. The more efficiently I’ve prepared and executed the front-end, the less I need to do at the mixing stage, which is optimal, given how finicky that can potentially be. From there, I work solely in the box, with no external master-bus compressors or anything. I like an open mix made up of toned, contoured, and textured elements interacting.”

The Subways are currently playing a series of UK shows which will take them through to the end of 2021, followed by live performances in Europe and the US in 2022. As a producer, Billy is working with a DIY punk band called The Meffs and remixing songs for acts on the Alcopop! Records’ roster, as well as writing and demoing material for other artists.

For his studio, he is planning further equipment purchases and hopes to eventually buy back some of the items the band was forced to sell because of Covid. In his dreams, though, it is Neve that would fill the racks – perhaps some 1073 and 1084 Classic units in a 5U rack or maybe a Neve 33609 N Stereo Compressor/Limiter, a unit for which he already has a few interesting ideas.

“If I had all that – along with another 8801 channel strip – I’d have everything I needed to make the best-sounding music I could conceive of,” he says. “However, I’m hyper-aware at this point that this is pure wish list stuff – but what are we to do without goals and dreams?”