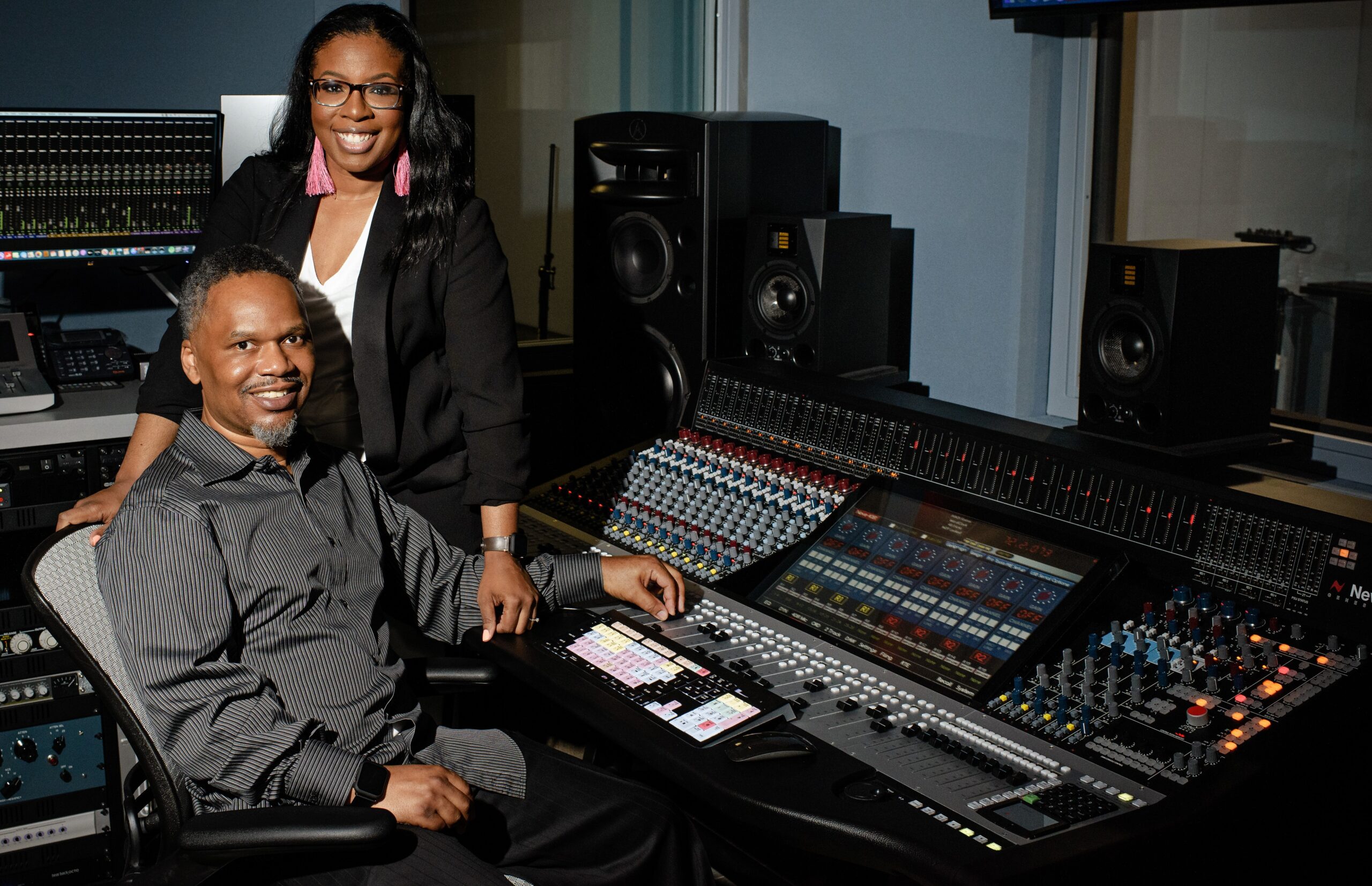 A Neve Genesys Black Console for Audio Engineers of Detroit

A Neve Genesys Black Console for Audio Engineers of Detroit

Audio Engineers of Detroit has opened a new recording studio in midtown Detroit with a 32 channel Neve Genesys Black console at the heart of its main control room.

The studio provides many different recording services, including commercial voice over, podcasts, music recording, mixing in stereo, 5.1 up to Dolby Atmos, audio restoration, location sound and audio-visual services. Running alongside this commercial work, Audio Engineers of Detroit also offers an education programme that teaches students the skills and techniques needed to follow a career in professional audio.

“Some years ago, I had the pleasure of mixing on a vintage Neve console and fell in love with the sound,” says Mike Kinnie, Founder and Vice President of Audio Engineers of Detroit.

“We wanted that Neve sound for the new studio and we also wanted a console that had DAW control so it made sense to us, after researching different consoles, to choose the AMS Neve Genesys Black console. It does make life easier, and it makes a difference knowing that you have options in terms of the way you want to work – traditional or ‘in the box’. Most of our clients prefer ‘in the box’, but it is great that we can give them a choice.

Having this console will also help our students develop their engineering skills – I know it has already helped develop mine!”

Mike, who began his career in live sound before moving into studio recording, runs Audio Engineers of Detroit with his wife Robin Kinnie. Both have exceptional pro audio credentials – over the years Mike has recorded hundreds of songs, worked thousands of shows, and amassed a plethora of industry contacts, while Robin, who is President of Audio Engineers of Detroit, has forged an illustrious career in podcast and audiobook production. She also regularly speaks on amplifying diverse voices and serves as the Detroit Chapter Head of Soundgirls.org, a national organization focused on increasing the number of women in audio engineering.

Mike and Robin opened their first studio in 2016 after realizing the need for a quality internet broadcasting voice-over facility that was both affordable and accessible. Motor City Woman, of which Robin is also President, aims to amplify the voices of women and tackle themes of diversity and inclusion.

“The studio started as a digital radio station and has now expanded to producing podcasts, audiobooks and voiceovers,” Robin explains. “We also offer digital courses, workshops and partner with the community.”

Audio Engineers of Detroit is a separate venture that has taken six years to bring to fruition. Finding the right location took time but it was worth the wait as the facility is now located in the cultural arts centre of Detroit, giving Mike and Robin the opportunity to connect with and support local musicians, community organizations and Detroiters. They also have funding from Invest Detroit, which allows them to teach audio production from a working studio.

Mike says: “Providing an educational programme within the studio was always our aim because I didn’t think the training I received when I was starting out was adequate, but I couldn’t afford to study at an out-of-state program or college campus because of the ridiculous cost. What we have put in place is a much more affordable program that offers in-depth training including your own personal recording equipment featuring a multitude of courses ranging from music production to entrepreneurship – all taught by industry experts.

Choosing equipment for the new studio required careful thought because it had to fulfil two functions – commercial and educational. The Kinnie’s were guided by Dave Malekpour of Pro Audio Design, who advised them throughout the project.

“Working with Dave and his team has been a pleasure,” Mike says. “They have achieved and exceeded our goals by helping us to purchase the right equipment for our needs. I first came across Dave in 2003 when I read an article, he wrote on how to set up a recording studio. We didn’t actually meet until 2018 and it was only when we began putting this studio together that I ran across that article and realised the Dave that I was working with was the same man who wrote the article that was so inspirational to me.”

Audio Engineers of Detroit opened for business in May 2021 and will start running its first educational courses in early August, once Covid restrictions are eased.

“Covid definitely had a big impact on our opening. Also, on receiving equipment and we are still waiting on equipment. It remains to be seen what impact it will have on student enrolment,” Mike adds. “For now, we are focusing on working with local artists and projects for our new production company, StreetPlay Entertainment and we are looking forward to releasing our first solo recording artist Marq Mandela.”

Robin is also committed to expanding its services with some of her podcast and audiobook clients, many of whom were eagerly awaiting the opening of this new facility in the heart of Detroit.

For more information about the Neve Genesys Black console, please get in touch with the AMS Neve team at info@ams-neve.com