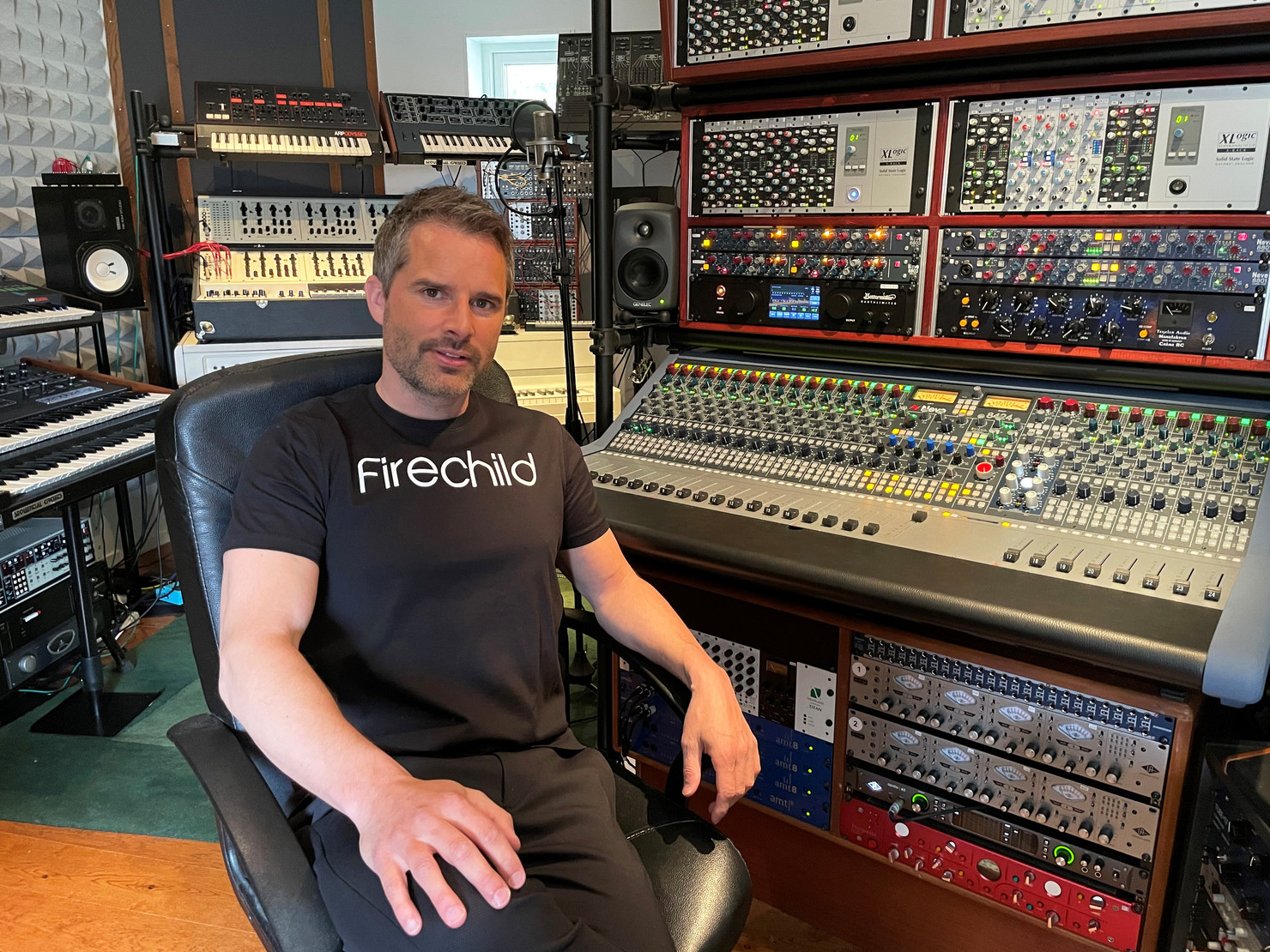 Mr Firechild Installs a Neve 8424 Console in his Swedish Studio

Mr Firechild Installs a Neve 8424 Console in his Swedish Studio

The first Neve 8424 console to arrive in Sweden is now up and running in a private studio belonging to artist and producer Pontus Hagberg, the man behind the hugely popular Mr Firechild synthesizer video review channel on YouTube.
Pontus chose a Neve 8424 console for his own studio because it combines analogue summing and analogue processing in one simple, easy to use and cost effective solution.
“I have been using a classic ‘in the box’ studio with some hardware synthesizers for 25 years, but it was only recently that I discovered how much of an edge real analogue outboard units have over plug-ins,” he explains. “It is similar to comparing virtual instruments with real analogue synthesizers – the difference is very apparent.

“Once I fell in love with analogue hardware, I started using the hardware insert feature in Pro Tools Ultimate, which led to me buying a lot more analogue outboard gear and additional audio interfaces to add more and more AD/DAs. Eventually, I realised that all my channels were already in the analogue world, so I could sum in analogue as well. Summing this way has been popular for many years but, for me, the real mojo was analogue processing.

With the 8424 console I found my perfect match because the routing and features were exactly what I wanted but it also has the iconic Neve sound. I fell in love with the look of it when it was reviewed in Sound on Sound in October 2020 and soon after I placed an order.”

Designed to offer a centralised platform with unparalleled connectivity between the worlds of analogue and digital, the Neve 8424 is a small format console that delivers the large format sound of the iconic Neve 80-series console range. It also delivers exceptional routing flexibility and modularity, giving artists and producers the freedom they need to combine a modern, digital workflow with analogue outboard equipment. 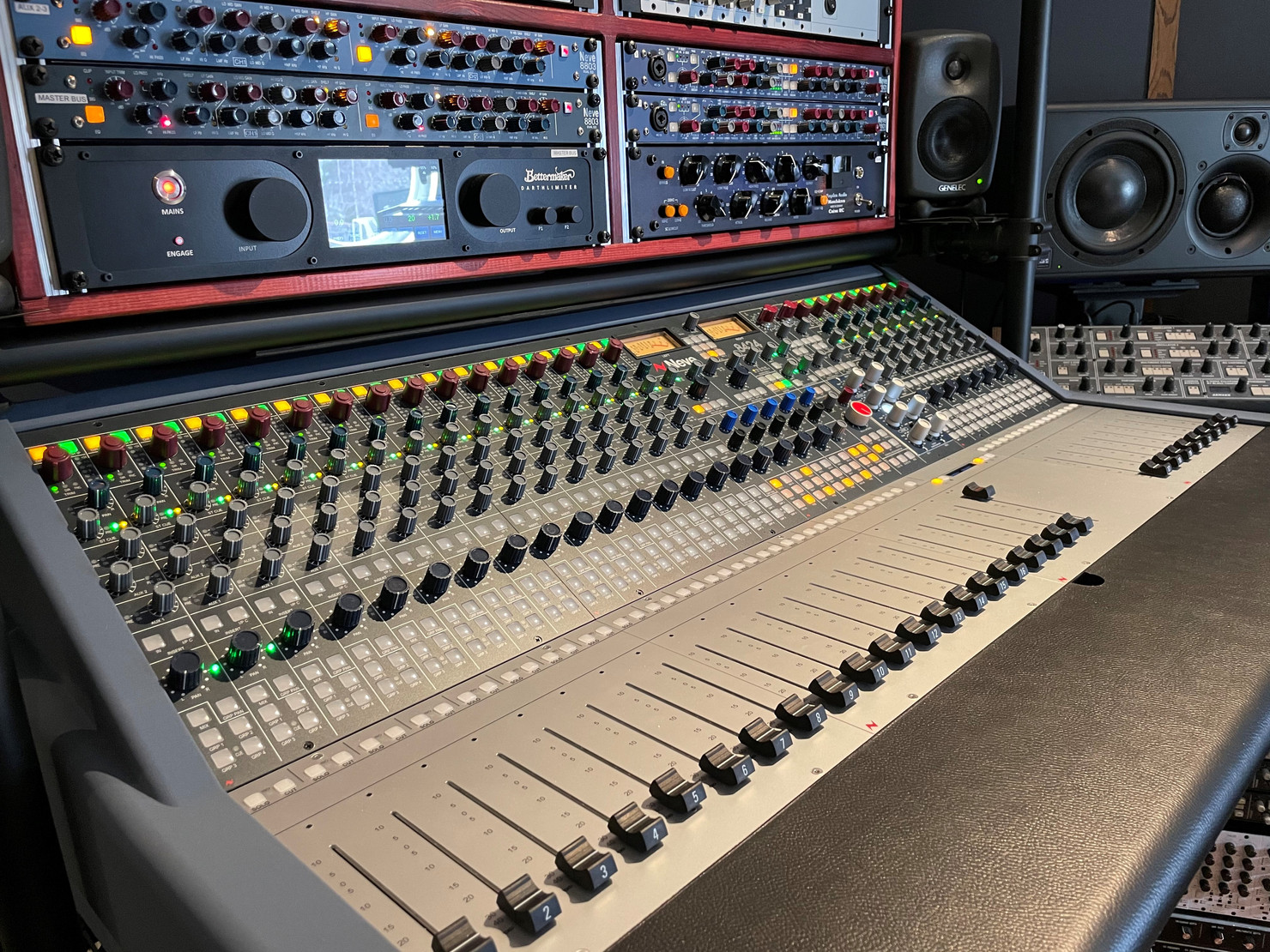 Neve’s first 8424 in Sweden is now the centrepiece of Pontus’ studio in the north of the country. This studio, which is designed for his own use, is also where he films his Mr Firechild YouTube videos in which he demos different synths in the form of multitracked instrumental songs.

Mr Firechild came about as a result of his longstanding interest in synthesizers. After a brief spell as an artist (he was known as Evan and says his main claim to fame was coming last in the Swedish qualifier for the Eurovision Song Contest), Pontus moved into production and became one half of the remix duo Soundfactory. In this guise, he remixed almost every major Swedish single released in the early 2000s, including all the singles from Abba singer Agnetha Fältskog’s solo album The Colouring Book.

His next project was creating instrumental synthesizer music, which he released as Firechild. After nine albums he had a small fanbase on YouTube and this grew rapidly when he began making songs using only one vintage synth for all the sounds and layering them in Pro Tools. These demos formed the basis of his YouTube channel, which now has over 12,000 subscribers.

Although Mr Firechild is a key project for Pontus, the decision to invest in an 8424 was actually driven by another project he is involved with called Symphony of Sweden. In conjunction with rock singer Linus ‘Lee’ Wester on lead vocals, Erik ‘Drumerik’ Günther on drums and Jim Wallenborg on guitar, Pontus is creating pop/metal fusion music that combines cinematic orchestral sounds with electro. Symphony of Sweden has already released one album and they are now working on a second, which Pontus describes as ‘monumental and epic’.

“I am reaching for the best sound quality there is and this is where the Neve 8424 enters the picture,” he says. “It will be fun to arrange and produce our new album on the 8424. Prior to buying the desk I already had two Neve 8801 channel strips and two 8803 Dual EQs, which gave me the confidence to know that the people at AMS Neve knew what they were doing. Now that it has arrived, the 8424 will be the cornerstone in my studio for many years to come.”

Since installing his 8424, Pontus has used it to mix a previously recorded drum session.

“It sounded as good as I hoped for,” he says. “The desk is easy to understand, beautiful to look at and has a great sound. I like having 48 analogue channels in a small form factor and I use the 48 mix mode almost exclusively. Prior to getting the console, I was mixing in Pro Tools but now I will mix on the desk, which means adopting a completely new workflow. All outboards complementing the desk is also somewhat new but I have tried to pick equipment with total recall though so that I can keep up the speed when working while lifting the sound quality to an even higher level.”

AMS Neve’s local dealer Soundware Sweden, which supplied and installed the console, has been inundated with enquiries about the 8424 since it was launched in June 2020. Soundware’s head of Sales Anders Glantz says: “We are delighted that the console is proving such a success. Alongside Mr Firechild’s desk, we have also sold two more–both to studios with a more traditional approach to recording, which proves just how versatile it is. With the 8424, I think we have found a console that perfectly suits many of our customers. The price is good but it is the functionality of this desk–and its suitability to a hybrid workflow – that is driving sales. And, of course, once the new software is introduced to upgrade fader automation for DAWs, that workflow will be even faster.

As well as being the first person in Sweden to have an 8424, Pontus will also be the first to install new automation software, which AMS Neve will be launching in a few months’ time.

“I use volume automation quite a lot in Pro Tools and hopefully the new automation software for the desk will do what I need to make the analogue transition an even smoother ride,” Pontus says. “Coming from Pro Tools where automation is as natural as the solo-button, I think I will use it a lot. I don’t know the full specs yet, but hopefully, it will fit my needs perfectly.”