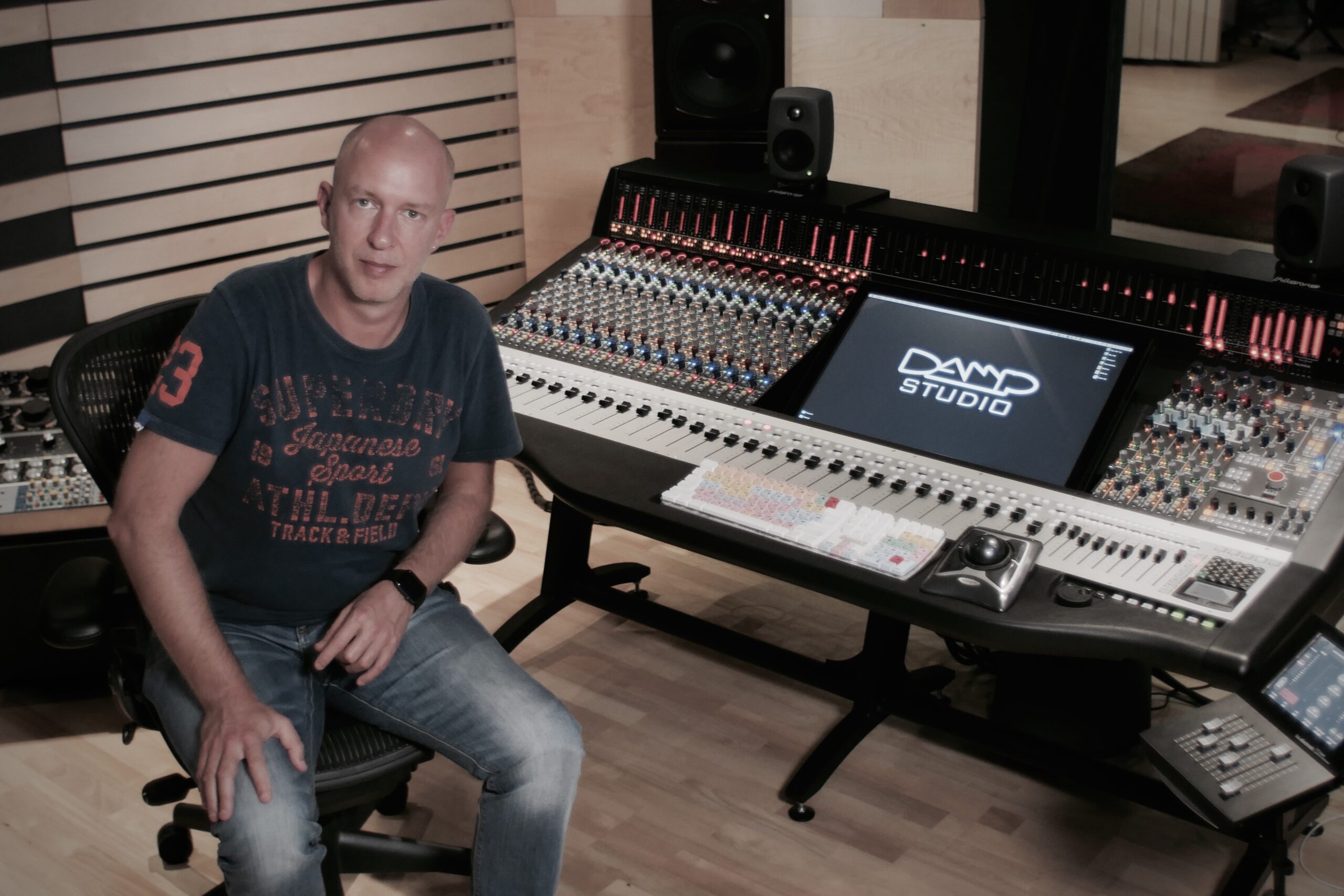 Producer/Composer/Arranger Pascal Brunkow has chosen a 32 channel Genesys Black G64 console to sit at the heart of his new state-of-the-art facility, Damp Studios. Located in the picturesque St-Blaise (East Neuchâtel), Switzerland, Damp Studios is a purpose-built studio, catering for a whole host of recording, mixing, engineering and mastering requirements.

Brunkow’s entry into music came when he was just eleven years old. He recalls, “I bought my first Roland SH101 and just played with it. It ignited something in me. At 19, I went to music school in Paris to study piano and arrangement where I had the privilege of working with Jean Roussel (Bob Marley, ABBA, The Police, Celine Dion, Joe Cocker, Stevie Wonder, among others).” It is to Roussel that Brunkow accredits his love of production and songwriting. He continued, “It was during my time working under Jean Roussel that I realised I wanted to open a recording studio, which I did when I returned to Switzerland aged 20.” Damp Productions was born.

Many years later, and following Brunkow’s commercial success, the choice of console for his latest studio project was an easy one.

“I have used Neve outboard for years – the 1073 is my go-to mic pre. However, I bought a VR60 back in 2005 and that console allowed me to further discover Neve’s legendary sound, its warmth, punch, its depth and its colour. Everything you put through that board comes out sounding like a delight.”

Favouring rich, analogue sound but the flexibility and speed of a digital workflow, Brunkow found the perfect combination in Genesys Black. “In the modern age of production, the computer has replaced the mixing board as the heart of the recording studio.

For me, Genesys Black is the perfect mix of analogue and digital, and the inclusion of 1073 preamps, amazing EQ, creamy and punchy compressors made this board the ideal choice.”

Working on a multitude of projects means that moving from mix to mix seamlessly was a key factor in Brunkow’s decision. “The instant recall allows me to switch from one mix to another in a single click. And, it sounds amazing! It was obvious to me that the other boards on the market were just not in the same league as far as my needs were concerned.”

“Genesys Black’s power-to-size ratio also means that I don’t have to compromise. The compact nature of desk keeps the sound coming from my speakers from being obstructed by too great a mass,” he states. “In truth, this board is so well thought out, that I can virtually do anything that I could possibly need or dream of with it. It is so fast, intuitive and powerful.”