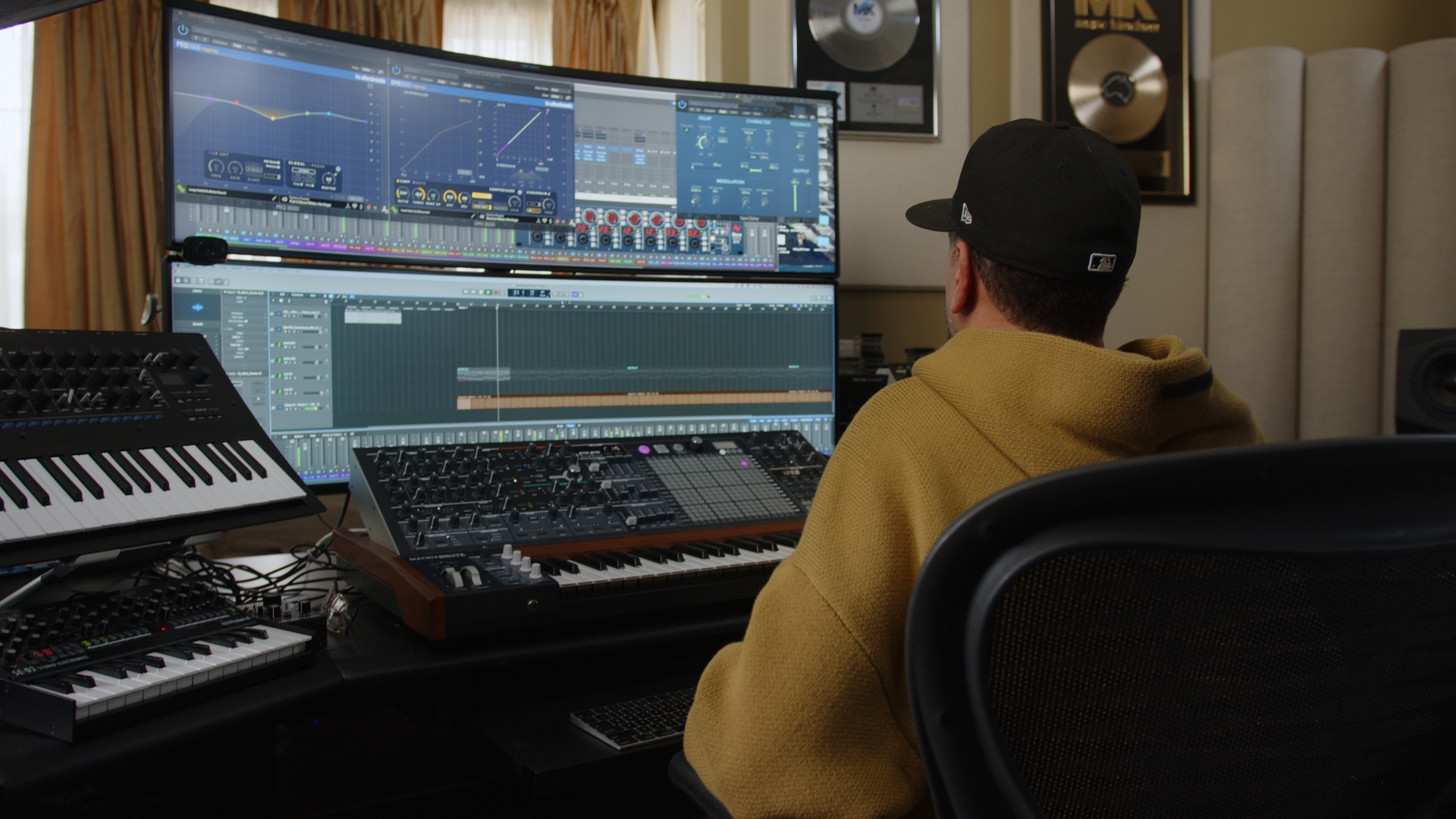 “As soon as I heard about the 1073OPX I knew it was exactly what I needed,”

he says. “It’s a great set-up for my synths and fits perfectly into my studio. Before I got it, I would record instruments through a patchbay, which was noisy and I couldn’t hear the synths and keyboards as clearly as I wanted to. The OPX gives me 8 lines in that are ready to go at any time. I am always bringing synths and keyboards in and out of the studio because I have so many, so having the 1073OPX makes this a lot easier and quicker.”

Originally from Detroit and a recording artist in his own right, MK is also renowned as an internationally acclaimed DJ and producer whose remixes have resulted in numerous No. 1 hits on both sides of the Atlantic. Since first coming onto the music scene in the early 1990s, MK has worked with many artists including Storm Queen, Nightcrawlers, Pitbull, Beyoncé, Mary J. Blige, Anabel Englund, Ellie Goulding and Tricky.

“I started teaching myself how to producer when I was 14,” he says. “I was really into all the gear – synths and so on – and although I couldn’t afford much, I did get a Juno 106, then a Yamaha sequencer and a drum machine. I also loved mixers but couldn’t afford what I wanted. When I got older and signed a record deal, I found myself in studios like Electric Lady in New York and that’s when I first came across big Neve desks. I was always obsessed with owning outboard gear and even to this day, I prefer to use analogue equipment. I’m ‘In The Box’ because I use Logic but I do also try and keep a lot of analogue gear around.”

Neve’s 1073OPX is perfect for MK’s modern DAW-based workflow as it packs eight 1073 remote-controllable preamps in a 2U rackmount case, making it ideally suited to studios and production rooms where space is at a premium.

Apart from its ability to deliver Neve’s classic sound, the 1073OPX has also been a hit with MK because it comes with an app that allows him to recall all his settings with ease.

“I didn’t realise it came with an app until I got it,” he laughs, “but once I tried it, I was impressed because it works perfectly over Ethernet and is very fast. You can switch the levels on the computer and watch them turn on the hardware unit, plus it saves your settings for each song so I can recall the song on Logic and on the Neve software and it’s right there.

I’ve never seen hardware and software work together like that before. Being able to use analogue, which I love, and integrate it with my computer is perfect. I wish every piece of gear did what the OPX does – it would save everyone a lot of time.”

Apart from the recently acquired Neve 1073OPX, MK also owns a Neve 33609 stereo compressor which is used on all his mixes because he says, he trusts it and loves the way it sounds. He also has a wish list of other equipment, including a Neve console, and is looking forward to a time when he is touring less and can indulge his equipment dreams.

“Over the years I’ve started making more money, which means I have to be out on the road more,” he says. “I have an internal joke that I can now afford all this equipment but I’m away for weeks or months at a time, so I don’t get into the studio enough to use it. It’s both a curse and a blessing because I don’t have time. I say to myself that when I eventually stop DJ-ing I’ll have the sickest studio and then I can sit back and do my thing.”