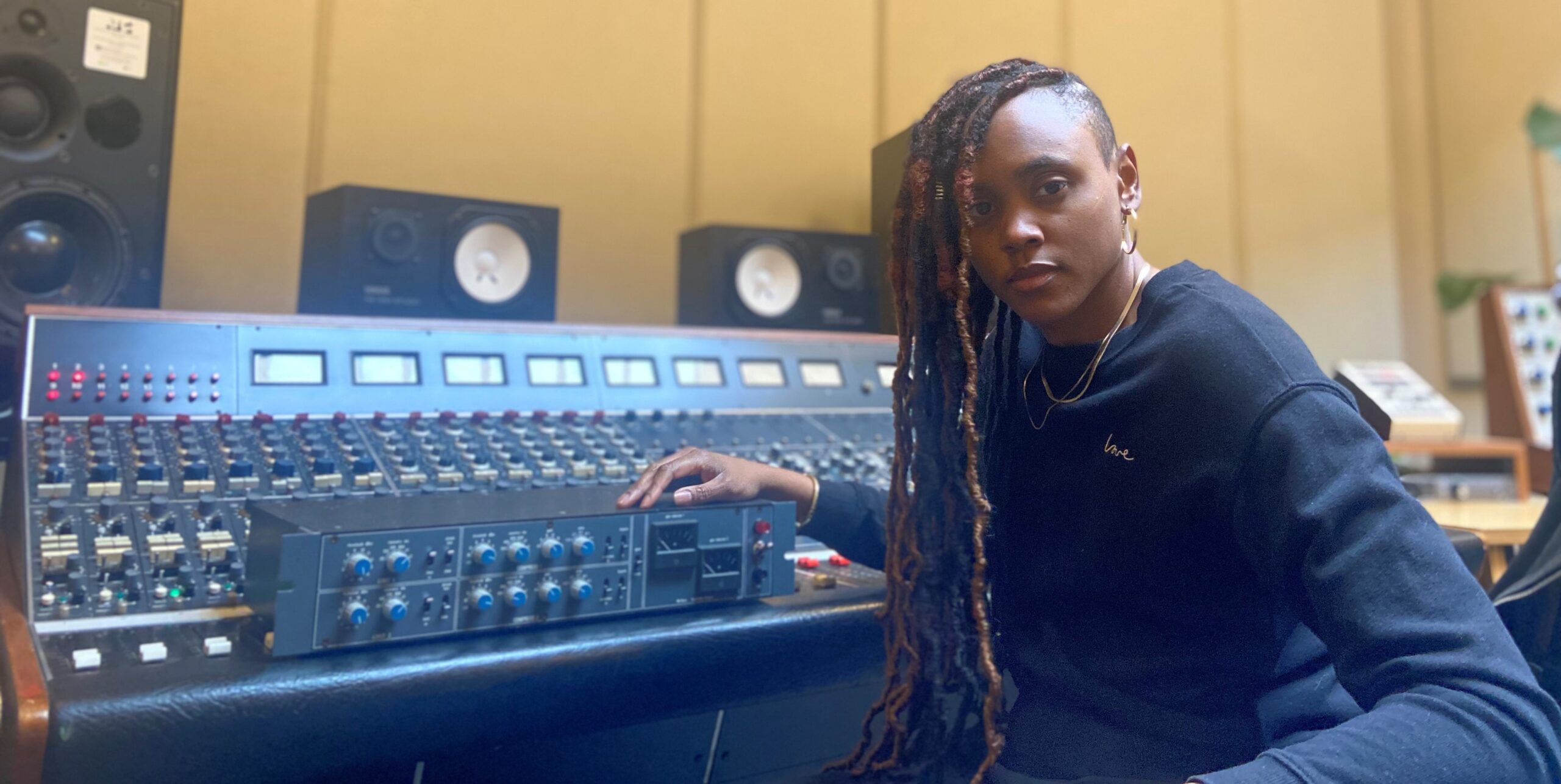 Ebonie Smith is an award-winning music producer, audio engineer and singer-songwriter based in New York City. Ebonie is also the founder and president of Gender Amplified, Inc., a nonprofit organization that celebrates and supports women and girls in music production. Neve had the chance to interview Ebonie to learn more about her journey into the audio industry, career highlights, and how the Neve 33609/N has influenced her workflow.

My name is Ebonie Smith, and I am a music producer and audio engineer. I started working in the audio industry in 2013. I became intrigued by audio because I was fascinated with the process of making records. In my quest to make records that had a professional sound, I decided to learn audio engineering and recording. Once I decided to dive into the science, math, and technical side of record making, it became an integral part of my process and informed my creative decision-making as well.

One of the highlights was having the opportunity to work on Hamilton, the Broadway cast album. I worked on that project as an assistant engineer helping the post production team that mixed and finalized the album. I also recorded vocals for The Greatest Showman and Dirty Computer by Janelle Monae. I have recording and production credit on Jason Mraz’s album Know. These are all records that I’m thankful to have been a part of, and there are many others. 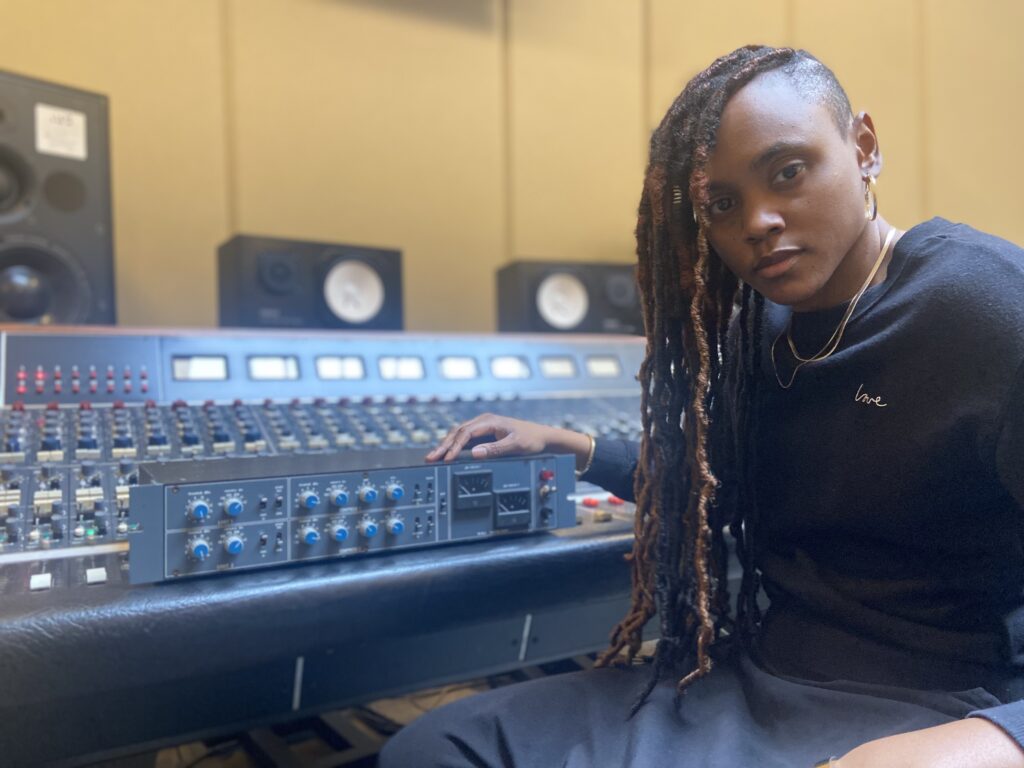 Have you always aspired to work with Neve gear during your early career and eventually record through the big Neve consoles?

Yes. The first “fancy” preamp I used while studying music production in graduate school at NYU’s The Steinhardt School was the Neve 1073. The only issue was that I never had enough of them. I always aspired to own my own Neve BCM10 MK2 to have more flexibility while tracking and mixing. To date, I have worked on the 88R, 88RS, and a vintage BCM10, amongst others.

How important is bus compression for your final stereo master?

Very important. In fact, I mix through master bus compression. Through studying engineers that I admire, including Shawn Everett and Tim Latham, I noticed that it was a consistent mix technique they would employ to achieve quality mixes. Mixing with the master bus compression engaged helps to attenuate the more dynamic moments in the mix while augmenting the more subtle, less dynamic elements that appear over the course of the record. Identifying those sonic characteristics and the way they respond to compression while I still have access to the multi-track and independent track controls provides room for more creativity. On my mix bus, I often use a combination of multiband compression, dynamic eq, and limiting… Compressing a small amount over multiple units and multiple gain stages.

How would you compare the sound of real analogue gear vs software emulations (plugins)?

Many plugin emulators are well-designed and do a great job of mathematically representing the sonic nuances of physical hardware. However, physical devices are in the physical world and are subject to the characteristic limitations of the physical environment. For example, temperature, wear and tear, and the nonlinearity of electric current flowing through a physical system can each affect how a piece of hardware sounds and behaves.

The 33609 is one of my favourite units to use during the tracking process as well as during the end stages of finalizing my stereo mix. The 33609 uses a diode-bridge technology to compress the signal. This provides different characteristics of compression, which are typically non-linear and can boost odd harmonics in the resulting signal at the output stage. The transformers on each side of the diode-bridge help to further enhance the harmonic distortion, which we often refer to as “warmth.” Warmth is always what I am looking to achieve with my mixes.

Do you use the 33609 purely for the mixbus or run stem groups through it, a drum bus, for example?

I believe that the 33609 shines on sound sources that are typically experienced in stereo. I rarely use the unit unlinked or as a mono processor. For example, I use the 33609 as a stereo compressor on overhead drum mics. The overhead mics are positioned to take a snapshot of the overall drum performance. Slightly compressing them during the tracking process can help to build an atmosphere that makes the listener feel like she or he is in the room. It can also help to bring through some of the nuances of the performance that produce a more cohesive and coherent sound.

Do you use the 33609’s independent compressor and limiter to give more control over the final stereo dynamics?

Yes, the limiter on the 33609 has much headroom. It’s possible to drive the input and set high ratio of attenuation without it sounding totally squashed.

How has the 33609 improved the sound of your productions?

The 33609 is a wonderful addition as a tracking device. When I was making recordings in the early days of my career, I did not have quality equipment to capture my sound. It is important to work at the highest sample rates that my computer can handle to preserve fidelity and audio resolution. Additionally, I believe it’s important to digitize audio that has been processed in ways that enhance the harmonic contour and reveal the intricacies of each frequency band. I believe the 33609 achieves this effortlessly on the way into the box. After I go from my mic into my preamplifier of choice, it’s nice to have one additional analogue unit to pass my signal through before hitting my A/D converters. It helps to further imprint the sound before the signal is discretized.

For information about the 33609/N, please get in touch with the AMS Neve team at info@ams-neve.com