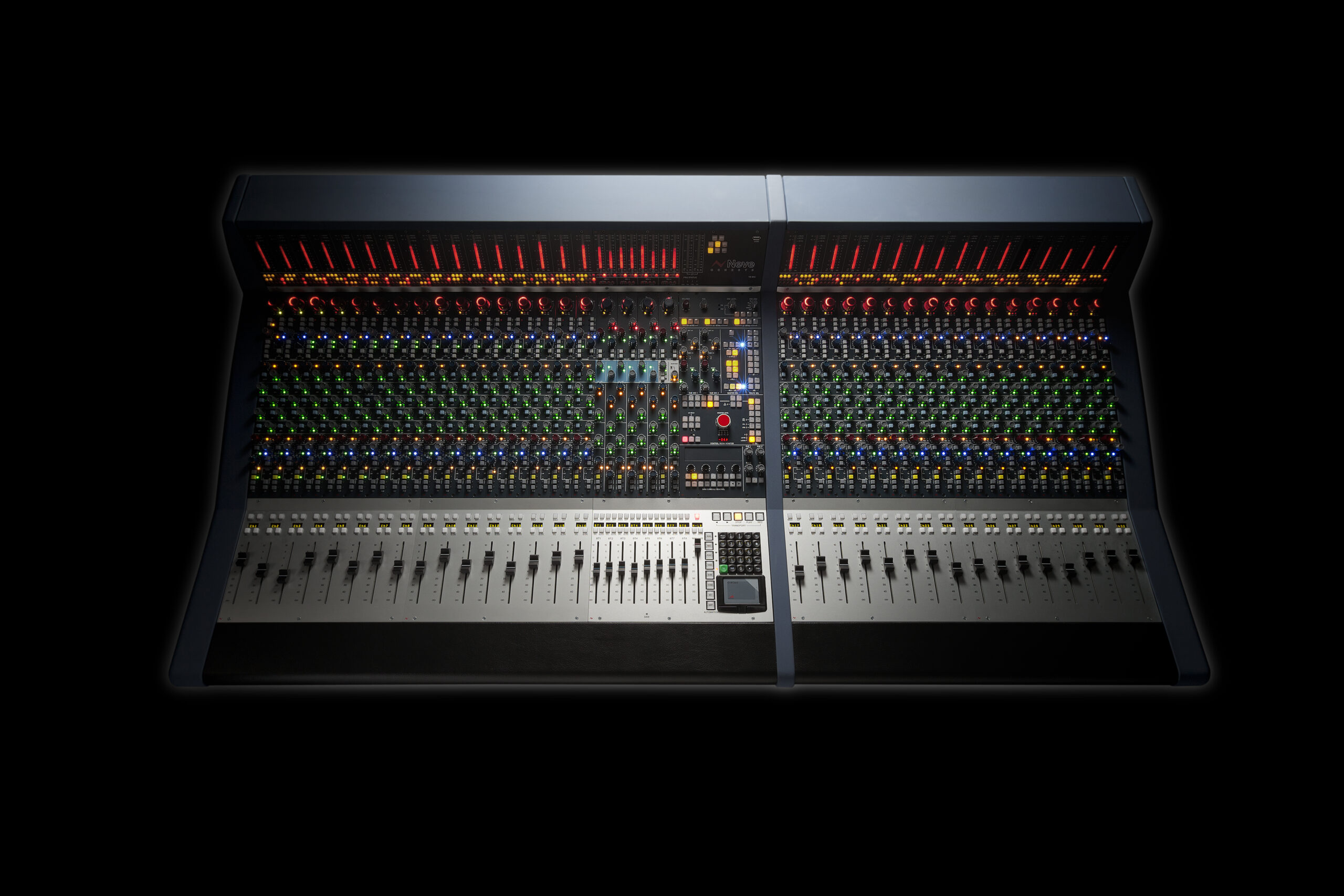 AMS Neve Product Specialist, James Towened, visited Carsten Drue, owner of Audio Cavern, to talk about the new addition to the studio – the Neve Genesys – and find out why they chose the console.

“After having worked a long time with digital mixing desks, and thus appreciating the luxury of storing and recalling console settings (including fader automation and DAW control), I was longing again for the purity and warmth of an analogue sound. And, when it comes to analogue, there is no way around Neve. Having studied sound engineering more than a decade ago on a Neve VR24 console and a 2“/24 track tape machine, I have to say that the warmth of music recorded with this technology cannot be achieved by only using digital technology (there is always the feeling of “something is missing“).

“In addition to this, digital – very often said to be linear and perfect – shows that quite often the best takes are useless if a little digital clipping or a drop-out arises during the recording; errors which can hardly be repaired without any remaining artefacts.”

“In the analogue domain, clipping or driving analogue amplifiers or tapes into saturation creates the warmth of the sound that makes the difference.

When I then first heard about the Neve Genesys console, I immediately fell in love with its concept and with its digitally controlled analogue circuitry. The combination of the best of the two worlds, the possibility to store and recall analogue console settings, the Encore motorized fader automation and the guaranteed analogue Neve sound quality makes the Genesys console worth the acquisition.

Audio Cavern’s Neve Genesys console is configured as a 24 channel console, equipped with Encore automation, recall functionality, transformer balanced mic.-preamps, 16 Neve 1084 EQs and 16 VCA style dynamics. It provides great options for expandability which was to me one of the driving factors to select this console. Audio Cavern is a small studio with a cosy atmosphere, on the country side in the South of Luxemburg. It is accommodated in the basement of a private house and has an available space of roughly 80 m2 in total.

Two recording rooms can be used, one of them being 16 m2 and the second one being 35 m2. The control room itself (15 m2) and the vocal booth (3 m2) are rather small. To the facilities of Audio Cavern belongs as well a small lounge area. As the Genesys is made for small size studios, it perfectly fits Audio Cavern. With increasing business, the requirement for an expansion of the console might arise, and, as the Genesys can be expanded to up to 64 channels (which is by the way a great feature of this console), the initial investment will then for sure payoff.”

“Since end November 2013, when the Genesys was actually put into operation, Audio Cavern has produced 2 local Luxemburgish bands (one being the “John Dell Jazztet” (Jazz), the second one GRACE (Rock) ) as well as a German pop-folk band called “Corona in the Pipebag”. The customer feedback has consistently been positive. Everyone seems to notice and appreciate the difference between an “in-the-box” mix and a mix done with the Genesys console; a difference in sound, which was not given by the digital console before.”

“To conclude, I am the proud owner of the first and only Neve Genesys console in Luxemburg, and look forward to many joyful hours of work with satisfied customers.”