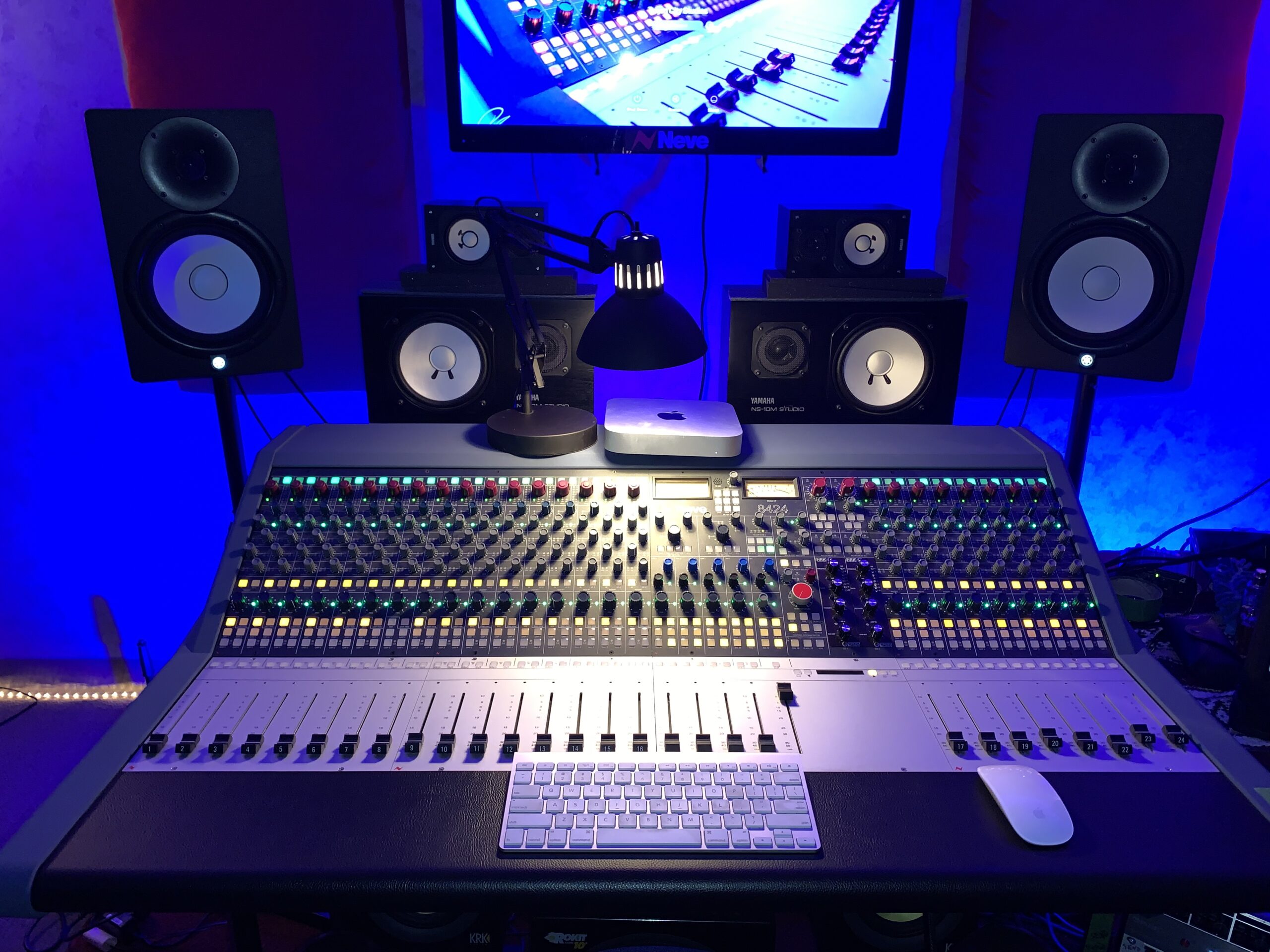 By Elly LittlerNovember 24, 2022No Comments 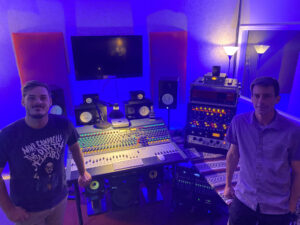 A pair of home recording enthusiasts, Chris Stewart and Seth Canan has taken the plunge and opened a new recording studio to help local artists push boundaries with their music – thanks to the international sound of Neve.

The two have combined years of experience in their local music scene in Troy, Ohio, to create Trojan City Studios, with a Neve 8424 console as the centrepiece.  The studio opened in January this year and was founded on the idea that the best way to success is by enabling artists to bring their sound to life with the best gear possible.

“We are both huge fans of the classic sound that the Neve 80 series consoles produce.  After narrowing down our choices, it was clear the Neve 8424 console was a perfect match for us.

“Being well aware of the phenomenal musicians in this area, we have made it our goal to help local artists push the boundaries with their music and raise awareness for all the talented artists around here.”

The 8424 console’s slick design fits the needs of the modern hybrid studio, featuring multi-DAW automation and unparalleled connectivity to outboard gear.  They also ordered the Neve 1073OPX 8-channel preamp which would provide the studio with a total of 10 channels of the 1073 preamp, including the two on the 8424 console. The 1073OPX suit modern DAW-based workflows, where space is at a premium, while also offering the classic 1073 sound everyone knows and loves.

“I was immediately blown away by how the huge kit sounded.  Having that many 1073s at our fingertips while tracking has allowed us to get the rich, warm, Neve Sound on many sources at once.”

In addition to the 1073OPX, Chris and Seth invested in a Neve 8803 EQ, a dual-channel equaliser and filter that follows the grand tradition of the Neve processors.

He added: “We use the 8803 EQ on certain sources for tracking, but it is our go-to EQ for mastering. The 8803 can add a healthy dose of colour and texture to whatever you throw at it, or you can get a more aggressive tonal colour if you need it. The best part is that you can get to either destination in a quick, friendly way with its specific parameters.”

Seth and Chris have made it their goal to help local artists push the boundaries with their music, and want to raise awareness for all the talented musicians in the region the best way they know how – by producing great recordings.

The 8424 has made their workflow seamless while tracking and mixing at the studio, and one of their favourite features is the stereo width function.

“It does an incredible job of dialling in the perfect stereo spread. It is nothing short of the perfect console for us.

“Seth and I both worked primarily ‘in the box’ at our home studios. Having the 8424 has made sessions much more effective and efficient, keeping the mojo flowing for the artists we work with, and keeping the fire alive for even the longest of sessions.” 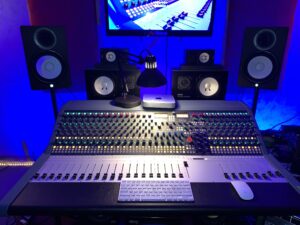 The pair have been working on a few albums for some of the area’s most notable bands, and their first published song is a cover from their upcoming 1960’s/1970’s era cover compilation.

Released on 9th September, the reimagining of Neil Young’s ‘Out on the Weekend’ by Scott Houchens + Cafe Unit has been received well on the local circuit. Seth added: “Scott and the boys are very talented and play so expressively and fluently with each other. The song showcases their sound and passion.

“Our Neve gear brought a muse and comfort during tracking, while bringing magic to the air of the track for our mix and master.

“We love the way these cover songs are turning out. The 8424 really gives us the exact classic sound we wanted on every track while maintaining a modern level of production.

“The 8424 is truly a dream come true for us. You can clearly hear its massive sound on everything the studio has recorded so far.”

For more information about Neve products please get in touch with the AMS Neve team at info@ams-neve.com

“Out on the Weekend”- performed and arranged by: Scott Houchens + Cafe Unit https://www.thecafeunit.com/