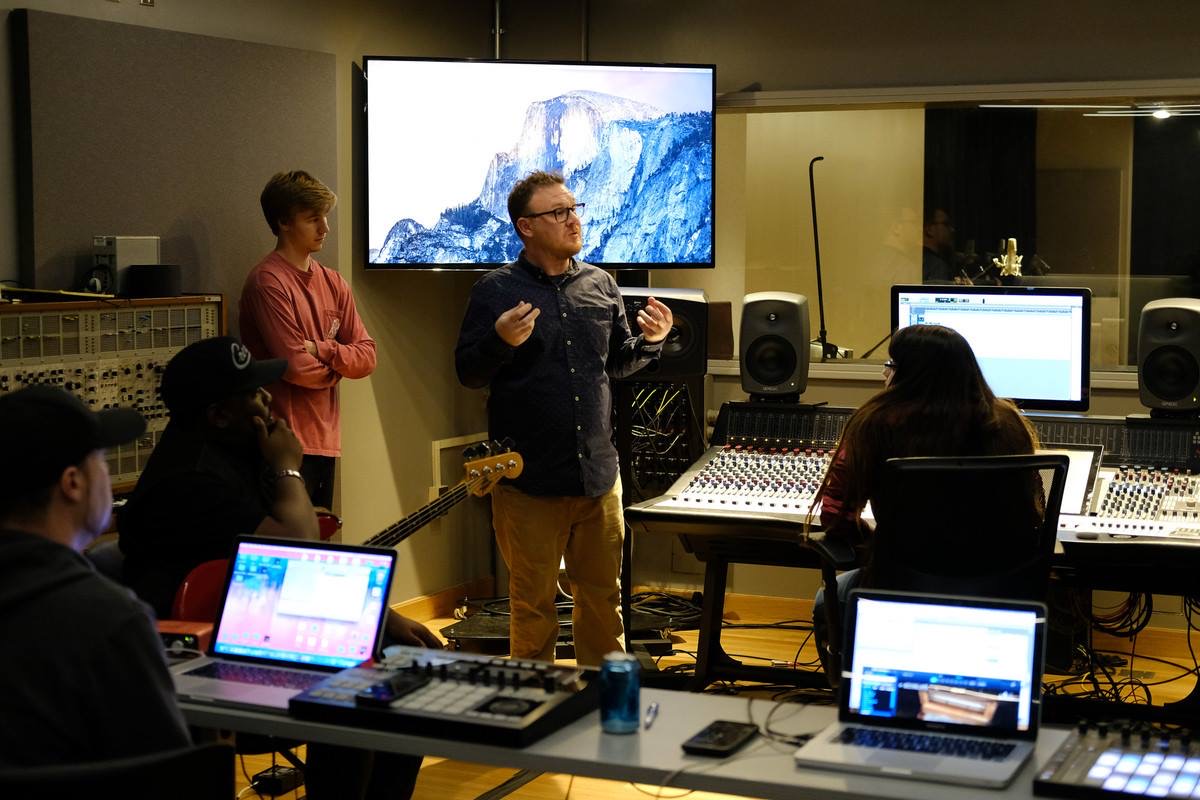 The University of Kansas Upgrades its Neve Genesys Black Console

The University of Kansas Upgrades its Neve Genesys Black Console

Five years after installing a Neve Genesys Black G32 console in its Film & Media Studies Department, the University of Kansas has made its desk even more powerful by installing two 8-channel Neve dynamics cards.

“The Genesys Black is such an incredibly well thought out piece of equipment and we are even more pleased with it, now we have added the new cards. The compressors sound and feel like they should and even the gates sound phenomenal. Having 88RS style EQ’s and 16 channels of 1073 mic pres at your disposal makes every recording and mixing session an absolute dream to work on.”

With its main campus in Lawrence, Kansas, the University of Kansas is a public research institution and one of only 66 invited members of the prestigious Association of American Universities (AAU).

The Film & Media Studies department runs one audio-related course – Sound Design 477 – that focuses on teaching students how to create, record and mix sound for film. Practical teaching takes place on location and in the main recording studio. There are also several smaller sound mixing and editing suites that students use to complete their coursework.

“Our studio was designed to be a functional classroom and control room with enough space and seating to accommodate 20 students, as well as a large live room with enough space to record whatever type of material is needed,” John McCluskey says. “It opened in 2017 when the Film Department moved to our Lawrence campus. Previously, the Department was housed off campus in what used to be Centron Studios, a film studio built in the early 1950s for the Centron Corperation.”

As the manager of facilities and operations for the Department – and the person responsible for all equipment purchases, system designs and installation – John McCluskey wanted to recreate the production spaces that had been available at Centron, while also ensuring that the new facility delivered functional instructional spaces as well.

“We were relocating to Summerfield Hall, an older building on the Lawrence campus where we faced some space issues,” he explains. “The Neve Genesys Black fitted well into our design for the recording studio in terms of space, cost, as well as function and quality of build and components. The connectivity and routing options were also major factors in choosing the Genesys Black G32. Alongside the console, we also installed a Pro Tools HDX system and a wide range of high-end microphones.” 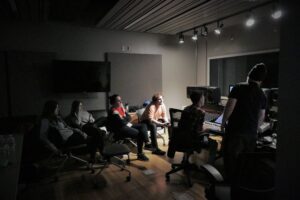 Neve consoles play an important role in many of the world’s top film scoring and music facilities, therefore it made sense for a university offering a course in sound design for film to consider Neve as a first option.

“I have always been a fan of the 80 series Neve consoles, so when given a budget for this project, that sound and functionality was immediately what I went looking for,” McCluskey says. “We originally looked at the 24 channel Neve Genesys but chose the Genesys Black G32 with the 88RS style EQsbecause of its smaller footprint, recallability and surround sound options.

As we are a film and not a music program, having a lower channel count was less of an issue, so for a number of reasons it made more sense to go with NGB32.”

McCluskey adds that the console gave students the opportunity to carry out high-quality multi-track recordings “in the box”, without having to rely on a system put together from components.

“The simplified routing makes it much easier to instruct and train students and to get them working on their own projects faster, rather than having to learn a bunch of different pieces of equipment,” he explains. “The ability to control Pro Tools from the centre section of 16 faders eliminated the need for additional control surfaces and extraneous gear.”

The University of Kansas sourced its Neve Genesys Black console via distributor Vintage King, which also provided support during the installation and was able to help exchange the desk’s originally installed A/D card with the optical MADI card needed to connect to an Antelope Audio Orion HD32.

“All of the audio is routed to and from the console through the Orion HD32 via MADI,” McCluskey says. “A key reason for purchasing this console was that it allowed us to significantly reduce the amount of outboard gear needed to run a studio of this size and scale. We now have 16 fully loaded channels on the Neve Genesys Black G32, combined with all of the AFX in the Orion, and a suite of plug-ins in Pro Tools. Streamlining the recording process has created a much easier workflow for our students as they learn and work on their projects. They have every recording and sound control tool they need, and they get the best of both worlds – analog capture with all the benefits of digital technology.”