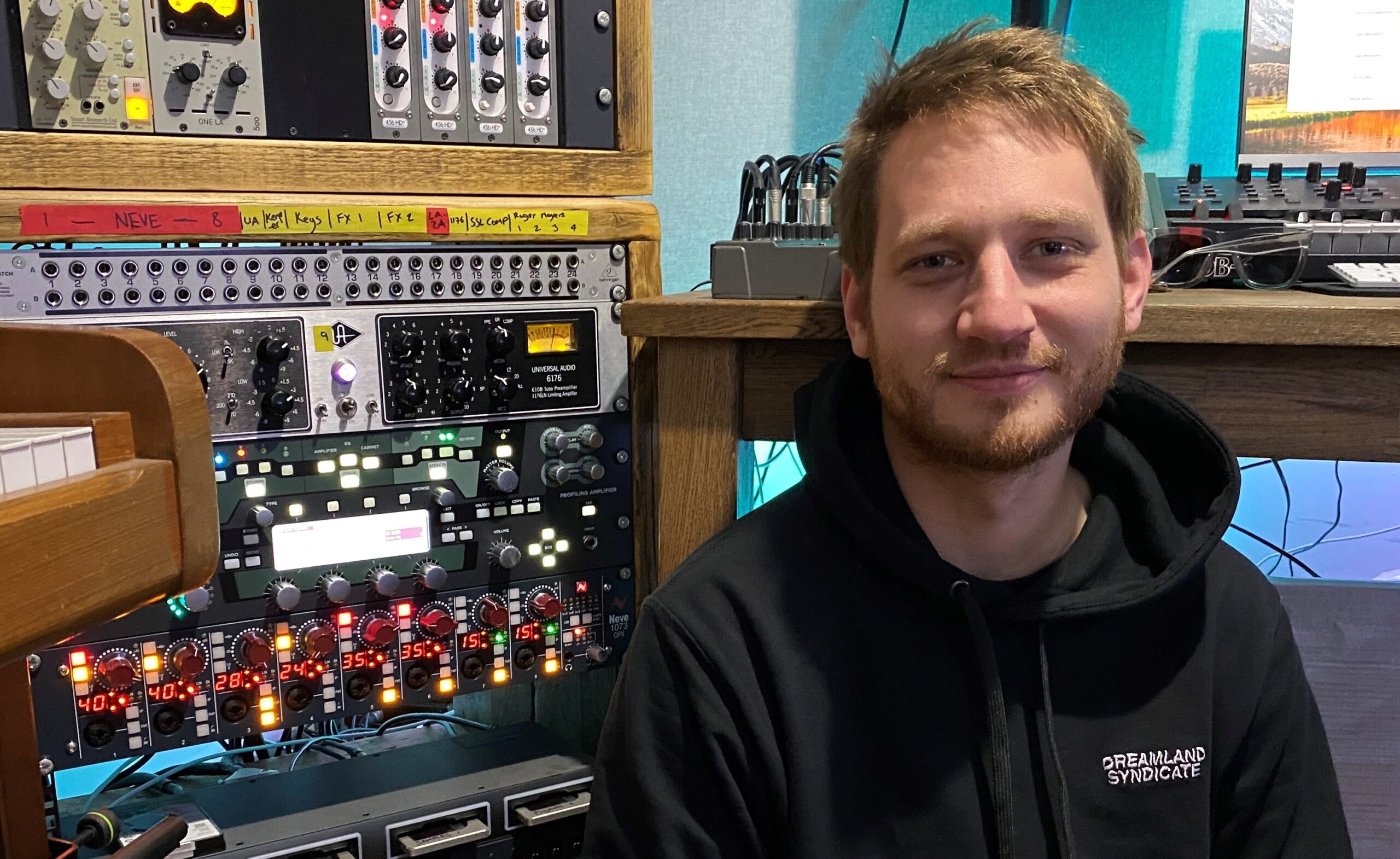 Dan McDougall gets Speedy with a Neve 1073OPX

Dan McDougall gets Speedy with a Neve 1073OPX

Songwriter and producer Dan McDougall is saving plenty of time on projects thanks to his recent investment in a Neve 1073OPX  Octal Microphone/Line/Instrument Preamplifier, which is specifically designed to meet the needs of a modern studio environment.

Dan’s writing space at Hoxa HQ in London is primarily based around an ‘in the box’ workflow but if he needs access to a larger recording facility, he can easily tap into the Hoxa HQ main studio. This has a control room equipped with a vintage Neve 8058 console with 31102 channel mic pre-amp/EQ, the circuitry and sound of which is almost identical to today’s 1073 variants. “The Hoxa HQ Neve console sounds amazing,” Dan says.

“The 1073OPX is the first Neve unit I’ve purchased, but I’ve always been a huge fan of the Neve sound so I am very pleased to now own my own mic pre.”

As a multi-instrumentalist, Dan has worked with numerous artists including Ellie Goulding, Grace, Razorlight, Jade Bird and Tom Odell, whose platinum-selling album Long Way Down features Dan on drums. He is also an instrumentalist for Liam Gallagher and has featured on most of his tracks, including those on his forthcoming album. Dan’s production and songwriting credits are equally extensive and include Will Young, Aurora, The Amazons’ and, more recently, Bruno Major, Baby Queen and Callum Beattie.

Although the legendary sound of Neve preamps played a large part in Dan’s decision to invest in a 1073OPX, there were also practical considerations at play – not least the compact nature of this innovative unit.

“The fact that it has eight 1073 units in only a 2u chassis really suited my needs because it doesn’t take up too much room in my rack,” he says.

“Tracking wise, I always love to go through great mic pres and this unit sounds so good that it’s really noticeable. Having eight amazing pres for drums, vocals and whatever else I am tracking is just great.

Post tracking I mainly end up working ‘in the box, but I do send out anything for a few outboard effects that I can’t quite achieve in the box.”

Designed to deliver the same tonal quality, warmth, low-mid punch and subtle harmonic distortion as Neve’s iconic 1073 mic preamp, the 1073OPX is ideally suited to a hybrid workflow because it offers exceptional connectivity. Its modern remote-control software ensures two-way control with Total Recall™ of all settings, while the analogue and digital monitor signal path allows it to be used as a complete standalone I/O interface or as a latency-free live room remote preamp.

Having the ability to easily jump from one project to another – and from one instrument to another – was also a key reason why Dan opted for a 1073OPX. “I have six tracks of drums and a stereo piano permanently connected to the OPX via the DB25 connector on the back,” he explains.

“This is one of the things I love most about it – having the ability to just press a button and switch instantly to the connections on the front of the unit for tracking vocals or Synths via the line inputs. It essentially saves me so much hassle rerouting inputs. This is crucial for a songwriter; when I’m working with an artist, I like to get something going quickly, so having the ability to jump between instruments at speed is great.

Also, when switching between the inputs on the back to the lines or DI inputs on the front, the gain levels are saved which is another amazing feature – as is the ability to digitally control gain pots in 1db increments. This makes it so much easier to stereo match my piano, for example, and get just the right gain for the source.”

No matter how adept you are with technology, there is always the worry that setting up something new and getting it to work with your existing equipment is going to be a nightmare. Not so with the 1073OPX, says Dan. “I just rigged the line out DB25 into my patch bay and I was ready to go.”

He adds that the staff at AMS Neve were also incredibly helpful and visually answered a few initial questions. “I can’t fault Neve’s service in the slightest,” he says.

For information about the Neve 1073OPX, please get in touch with the AMS Neve team at info@ams-neve.com