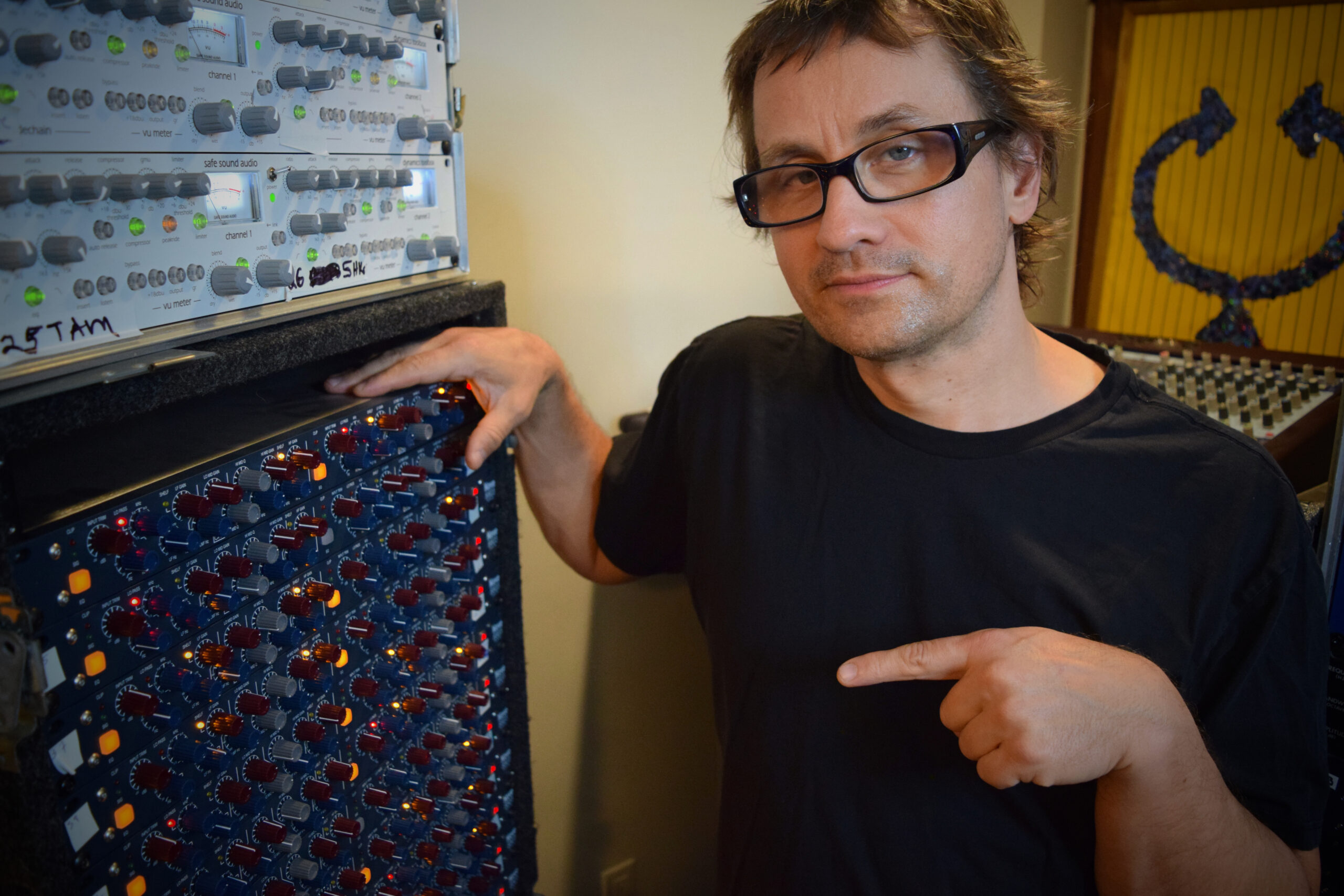 To celebrate the 20th anniversary of Wheatus’ debut album and still ubiquitous single “Teenage Dirtbag”, Brendan Brown, lead guitarist, singer, songwriter and producer for the band, re-recorded the classic indie hit using 12 Neve 8803s. Neve had the opportunity to interview Brendan about this recording process and further explore his background with the American rock band Wheatus.

Please introduce yourself and tell us about your introduction to music.

I’m Brendan, and I’m the lead guitarist, singer, songwriter and producer for the band Wheatus. My earliest exposure to music was when my mom used to play her Goya nylon string guitar on her belly when I was in it. Then when I was about two years old I heard Bobby Darin’s Mack the Knife on the reel-to-reel. I would ask for it to be put on so I could dance to it in front of the mirror. After that, I watched my mother cue up Rumours on reel-to-reel tape, and I learned from her how to use it. I was obsessed with Second Hand News, so I used to rewind it just to listen to that song. That was my first technical adventure in music.

I learned how to play My Girl when I was around eight. After that, I was all about Summer of 69 and Money for Nothing, and teaching myself those were kind of a big deal, I had to watch Mark Knopfler play it on TV. The way he plays that was a huge influence – the formation I make when I play Teenage Dirtbag is pretty Knopflery, because I was just copying him.

Shortly after that when I discovered Angus, that was like serious ‘Musical Identity Time’. I needed to know every song, every note in the AC/DC catalogue. I still (kinda) do! When there are lulls in the work schedule I sometimes go back to that, just playing along for fun. 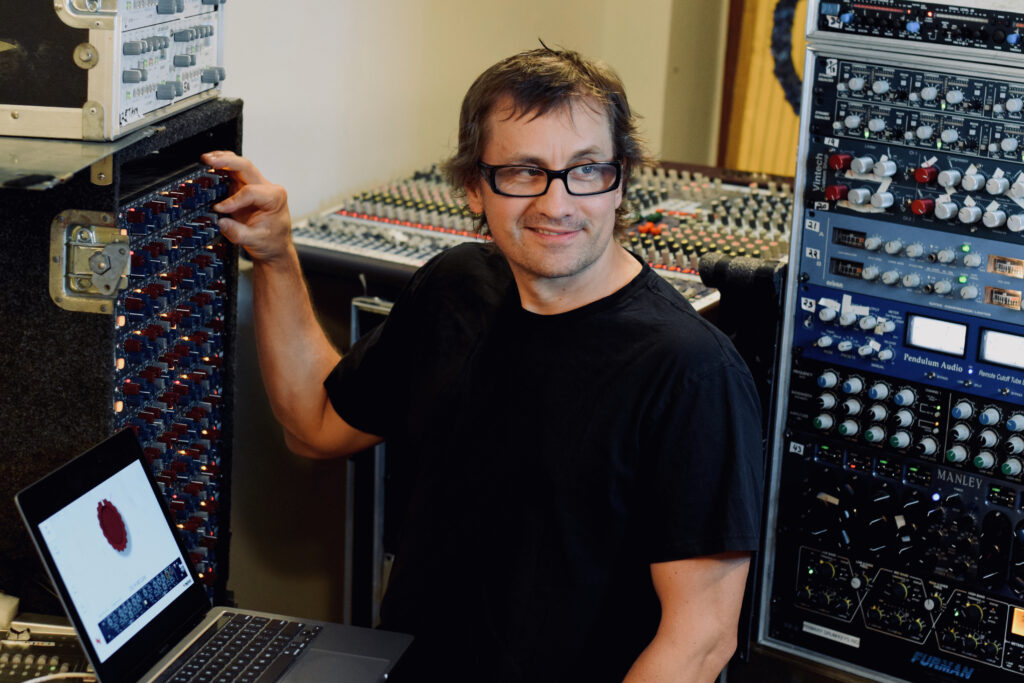 During your career in Wheatus, which notable studios did you visit and what Neve consoles did you track through?

No full Wheatus record has ever been made in a studio other than our house, but they have been mixed in other studios, the first of which was Sound Stage in Nashville – tons of outboard 1073s there. We used that on guitars, backing vocals and snare drums during the mix, and then we also purchased 1073 preamps and some Amek stuff for that first record too.

We did get to record a song at Abbey Road, that was special. So much Neve stuff there. Most notably we used the bus compressor, I’m not sure what model it was, but it was also used on the drum mics for the mix of the original Teenage Dirtbag. But aside from that, we haven’t been in a proper studio to record a Wheatus record, we’ve only mixed them there.

We also mixed in London at Olympic Studios, with Spike Stent. He had a 1073 Sidecar that I wanted so badly! He was running all the drums through that, and I think some vocal too. But yeah, Neve has been everywhere we’ve gone. Whenever there’s guitar and I need it to crackle and shine a bit, it’s always the 1073 EQ around that 3.2kh spot. It’s so awesome.

You have an extensive home studio with a lot of analogue gear; how important is analogue gear to your current workflow?

It’s everything. It’s how we can sound unique. When you use analogue gear it’s never the same from day to day, even things like the power in the neighbourhood can alter the sound. We use analogue gear to make a unique stamp in what our records sound like. We’ve always had Neve in the studio, and the new stuff, like the 8803s we use, are totally fundamental. We use them as a bank of recallable EQs on a second bank of 48 channels that we have on flying faders, and I use them as just line-in, straight input EQs.

And now that I’ve been using them, I couldn’t possibly do a mix without them.

I use them a lot on vocals and percussion, on that fine stuff that needs to be razor cut with smooth edges.

The short answer is that we needed it. It was the best recallable EQ on the market. To my ear, it’s a surgical version of the 1073. And it’s just extremely powerful. There’s no shape you can’t make with those EQs. And I punch them really hard, I run them in the red all the time. I love how when you push them they get a little sandy. Not dirt, sand. I use them on kick drums, on the kick drum bus (we use multiple kick drums on songs sometimes), and to get a flavour that’s shaped really precisely, with this clean glassy tone that gets kinda sandy when it gets really hot, that’s what I want. That Neve flavour is what I wanted in the studio. It’s not only iconic but really powerful in its shaping.

You’ve recently re-recorded and produced your 2000 hit ‘Teenage Dirtbag’ from scratch using analogue techniques, including Neve compressors and your 12 8803s; why did you take this approach, and how did the result compare to the original track?

We’ve had word back that it’s better! But you be the judge. The original track was done with both SSL and Neve centrepieces; the snare drum was all Neve, the kick drum was partially Neve.

So we had these Neve colours that were fundamental to the first record – the compression in particular – that couldn’t be replaced by anything else. I think a lot of other consoles and products are designed to sound like anything, but Neve sounds like Neve. It’s its own standard. And everyone’s heard it! There are Neve neurons in everyone’s head who’s ever listened to music since the ‘70s. It’s impossible to make those shapes with anything else.

Going into the Teenage Dirtbag re-record, we looked at pictures we took in that studio in Nashville and analyzed them to see all the outboard gear and figure out what models we had, how it was all dialled in, and what we were using it on. So we pulled the trigger on those 8803s so we could replicate those original flavours. 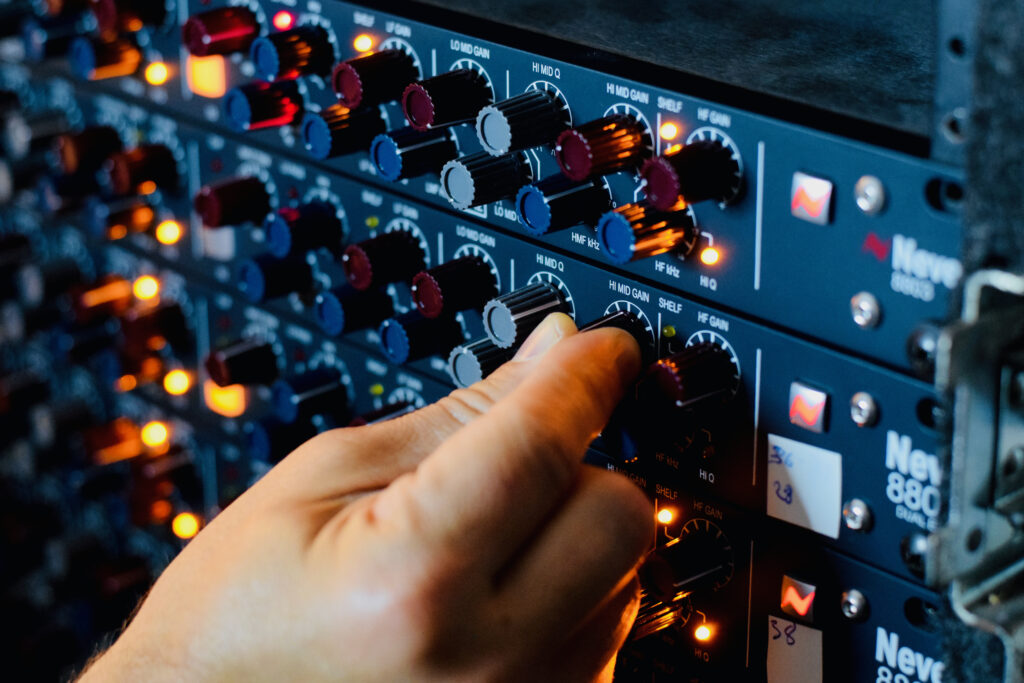 The 8803 is fully recallable via the Neve recall app. How did the recallability factor into the re-recording of Teenage Dirtbag?

It was fundamental to the workflow. It kept me on schedule. I was able to A/B mixes from across different days and compare sounds and recall different elements from different mixes. I was really able to pick and choose from across multiple days of mixing and get the best of what we had dialled in. So we got to the point where we were like “a couple of days ago we dialled in a great relationship between the hi-hat and the snare drum, let’s go back and find that”, and the app made it so easy to do that. It’s a piece of analogue gear that recalls digitally, I’ve never seen it done so well before. And the recall software is excellent, I might even say it’s flawless!

You have been working with your 8803s for the past year; what are your favourite highlights of the 8803?

The way you think you’re done, but then you have another band you can shape things with, and you can change the curves on the top and bottom for high pass and low pass, and shelving. You can choose a peak up at the top, or you can make a peak… there are so many choices! A lot of other EQs I’ve used, I wished they had another band, but with the Neve, I don’t do that, Neve has the right amount.

What other Neve gear do you use or want to add to your studio?

I wouldn’t mind a few more 1073s. And I definitely want to get my hands on some more of the mix bus compressors. The one we had on the first record is the 33609 stereo compressor and I’d love to have one of those now. They sound so cool on room mics.

For more information about the Neve 8803, please get in touch with the AMS Neve team at info@ams-neve.com