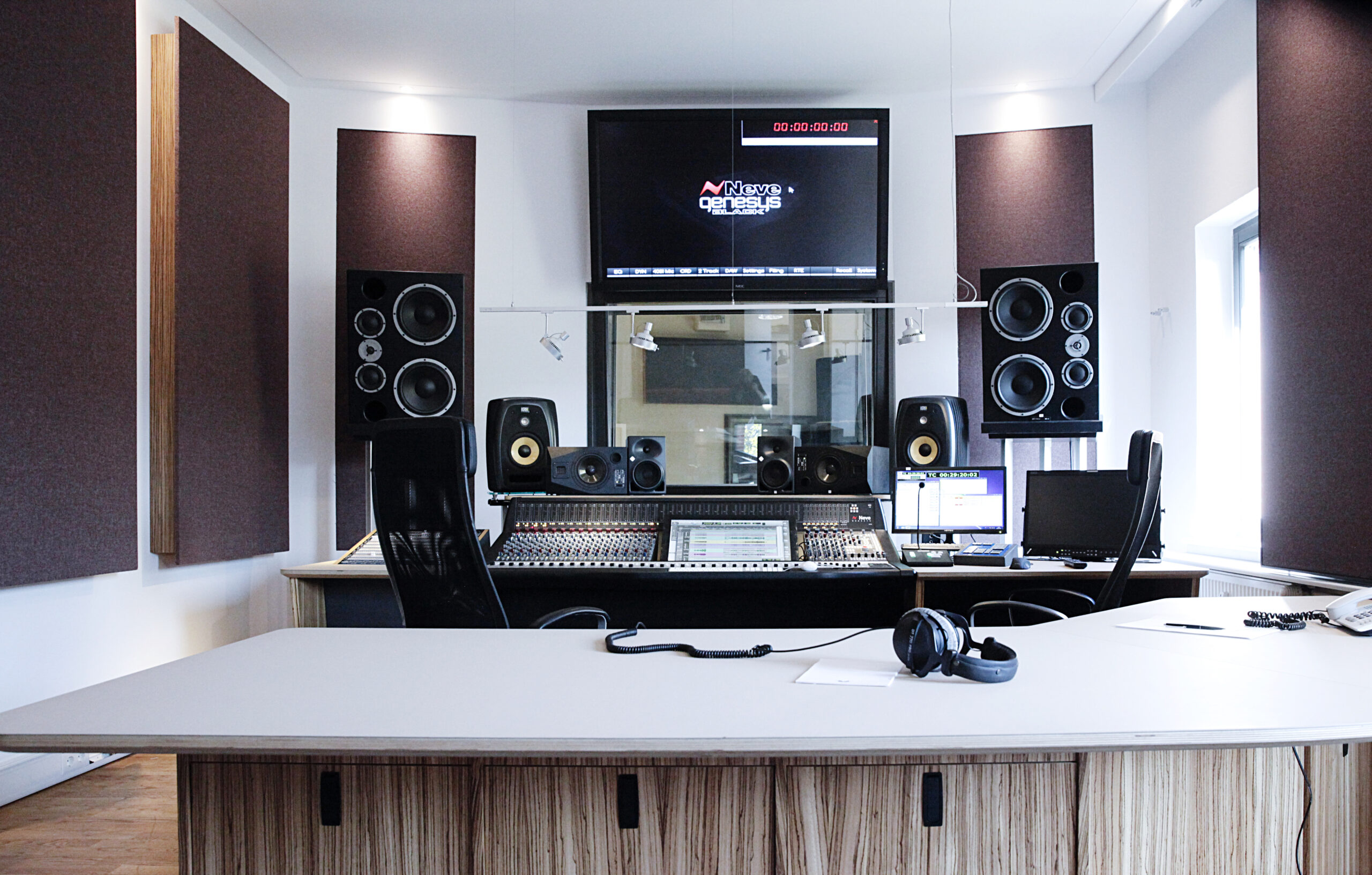 Blackbird Music Studio is a new Berlin-based high-quality studio for music and video productions. It features three completely separated recording rooms, the largest measuring 105 square meters. At the heart of the studio is the state-of-the-art Neve Genesys Black G32 Recording Console, the first and only of its kind in Germany so far.

Located in a factory building in Berlin-Charlottenburg, Blackbird Music Studio is owned by Andreas Hommelsheim, who also runs the label and publishing company Blackbird Music in the same building working on a wide range of genres including jazz and rock/pop music.

Hommelsheim stated, “I wanted to build a studio that can do more than just record music. I wanted to create a place where sound and video could be recorded on the highest level and at the same time, where you could play and enjoy live concerts and watch films in a cinema-like atmosphere, a place where creatives come together and exchange ideas, where music fans meet artists.”

When the time came to decide which console would complete Hommelsheim’s vision, the choice was clear – the Neve Genesys Black G32. Clemens Müller of Blackbird Music Studio said,

“We always wanted to have a Neve console because of its unique sound. Having 16 high-end recording channels with the 1084 EQs in addition to external preamps gives us total flexibility in every recording situation. The power of an analogue console digitally controlled with pretty much instant total recall combined with DAW control made perfect sense for us.

[Our favourite features are] definitely the 1073 preamps and the 1084 EQs. In terms of sound, it has made a huge difference for us. Everyone so far loves the look and of course the sound of the console. We recently had a re-opening party and I did a live recording just for demo reasons of a band who played at the party and people were completely smashed by the sound.”