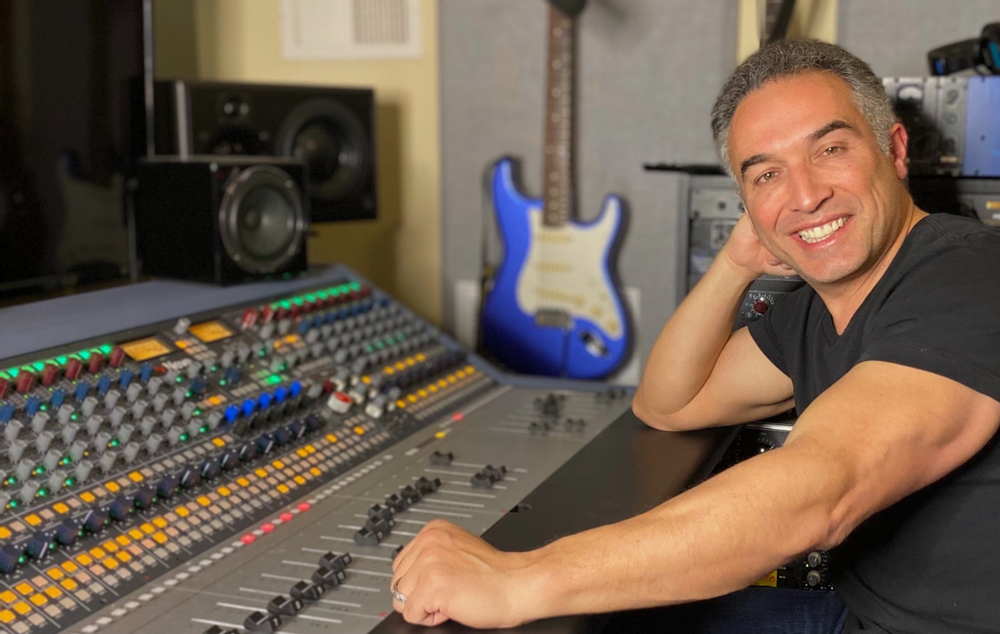 The acclaimed US artist, producer and songwriter, Mike Smith, invested in a Neve 8424 console because it perfectly suits his fast-paced, hybrid workflow.

With over one billion streams and over five million units sold – not to mention numerous No.1 albums and several Top 10 singles – artist, producer and songwriter Mike Smith is a creative force to be reckoned with. Given the volume of material he generates, it is no surprise that he needs his workspace to be as flexible and versatile as possible.

Achieving this goal was the main reason why Smith recently overhauled his studio and installed a Neve® 8424 console. Although his previous console was great for mixing, it didn’t suit his current hybrid workflow or his sound, which revolves around classic Neve 1073® mic preamp colouring.

“I never used the preamps on my old desk and as time went on, I realized I was barely using the console at all because I was working more and more in the box, with a few outboard pieces for tracking and mixing,” he explains.

“The 8424 has given me the ability to come back to the analogue world in a huge way by really streamlining the process between In The Box and Outside The Box.”

A Cuban American recording artist, Mike Smith is best known as executive producer (along with his wife Erika Smith) and main judge on BET’s One Shot, the HipHop lyrical TV competition series hosted by Sway Calloway and also starring DJ Khaled, TI and RZA from Wu Tang Clan. As well as releasing his own chart-topping music, Smith has also worked with many internationally acclaimed artists as a musician, songwriter, producer and singer.

Smith’s studio, which is based in Charlotte, North Carolina, is a commercial facility but is primarily used for his own projects. It houses his collection of over 60 classic guitars, as well as a Grand Piano, numerous keyboards, drum sets and microphones and plenty of high-end outboard equipment including two vintage Neve 1073 preamps and a total of eight 2254R and 2264ALB compressor/limiters. Alongside his 8424 purchase, Smith has also recently acquired a Neve 1073OPX, which he is using in conjunction with the desk.

“The 8424 was installed at the end of last year and it has opened up a whole new world of creativity for me,” he says. “It is a world class console in a small footprint and with a workflow that is perfect for someone like me – a singer songwriter and producer who predominantly tracks themselves or a few other artists.”

“The two 1073 preamps included on the console, along with the 8 channel 1073OPX expansion and seamless integration to the console are ideally suited to how I work. I now have 48 channels that are easily integrated with my DAW, and instant recall of my settings. However, the biggest surprise is the master section of the console, which is incredible. The inclusion of two 500 series slots, the shelving EQs, width controls, and beautiful sounding Marinair™ transformers makes this console a one stop shop for all of my recording needs.”

For someone who loves the legendary sound of Neve, Smith says he couldn’t be happier with his new desk.

“I was initially turned on to Neve when I was working on a project with RZA, who has always been a huge fan of that sound. It then became a permanent part of my own sound on projects I undertook with Gilby Clarke of Guns and Roses, the music I did for my TV show and songs I worked on with Juicy J, Royce Da 5’9”, Twista, and DJ Whoo Kid. With this console, the beautiful Marinair™ transformers provide the vintage colouring that I always want. The desk also makes the worlds of ITB and OTB work together seamlessly, which is great for someone like me who has a hybrid workflow.”

Since installing the console, Smith says he is doing a lot more outside the box because the 8424 makes it so simple.

“I typically track through the board sitting in front of the desk, or remotely with the 1073OPX audio interface if I’m downstairs in my house recording my grand piano or traveling. After I track, my mixing workflow uses basic ITB surgical EQs before routing all of the tracks out to the board so that I can use my outboard compressors on the track level. I love having the ability to send the tracks to either the group busses or the mix bus directly so I can do a lot of parallel compression. Finally, I pull everything together into the mix buss, utilizing the on board width control, the 500 series compressors I added to the slots in the board, and shelving EQs before sending it out to my mix buss EQs and compressors/limiters/analogue tape machine and back into my DAW. For me, this is a dream set-up because I have instant recall and I can pre-patch my entire outboard setup into the board thanks to the simplicity of routing and all the insertion points on the back for each track.”

Since installing the Neve 8424 and 1073OPX, Mike Smith has been working on a variety of projects including six new albums that were originally slated for release in 2020 but were held up by the Covid-19 pandemic. They will now be released this year.

For more information about Mike Smith, visit www.mikesmith.net or @mikesmithinc on Instagram.