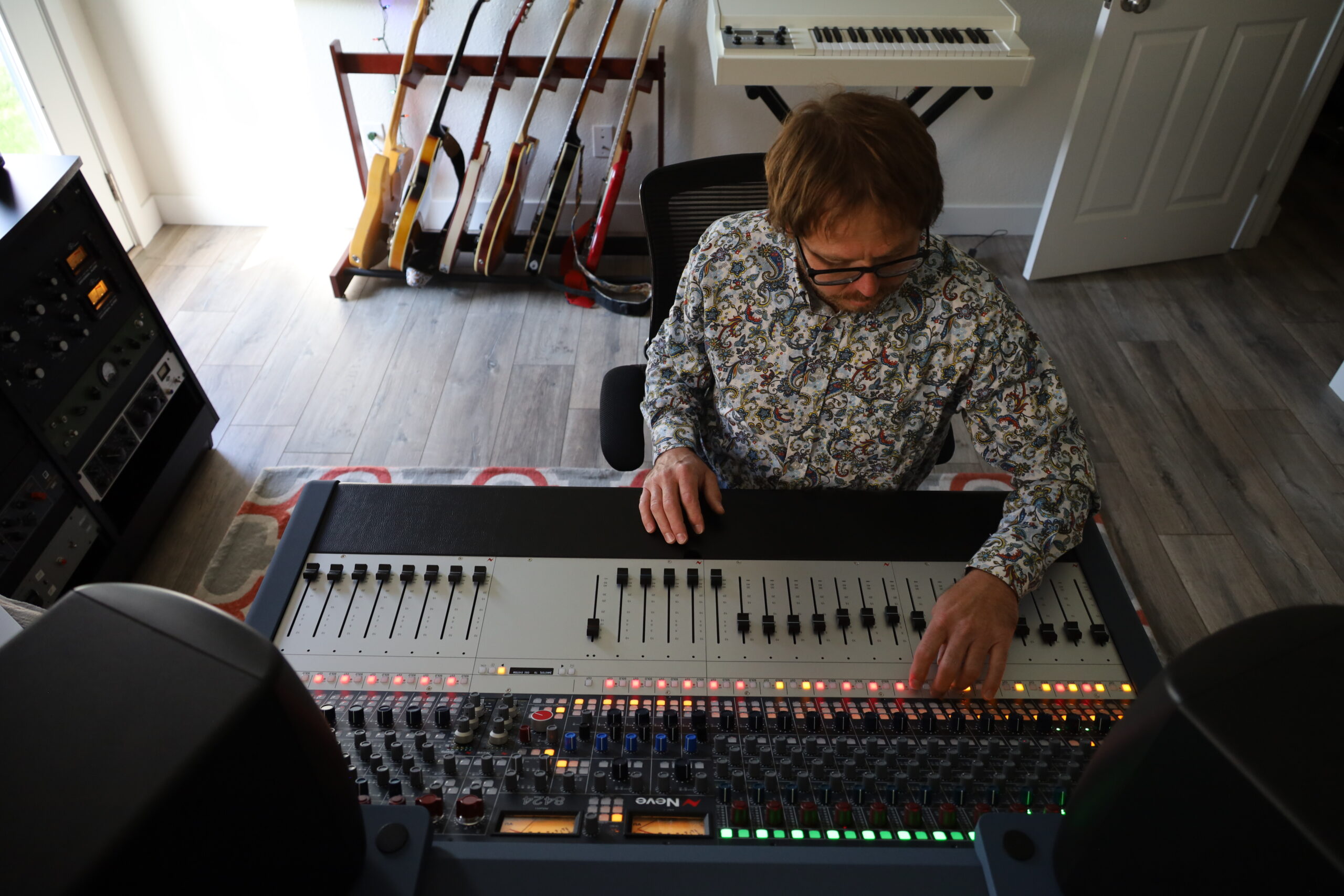 Brian Alston Upgrades his Studio with a Neve 8424 Console

Brian Alston Upgrades his Studio with a Neve 8424 Console

Installing a Neve console in his project studio in Northern Arizona, USA, is a dream come true for producer and songwriter Brian Alston as he has been a huge fan of the Neve sound for many years but never thought he would be able to own a console of his own.

All that changed, however, with the launch of the Neve 8424 – a small format console with the large format sound of the iconic 80 Series range from which it takes its inspiration. Designed to fit the needs of the modern hybrid studio, this cost-effective desk combines speedy in-the-box workflow with the sound quality of Neve analogue summing.

“If you want the real Neve sound in a console, the value to cost ratio of this product is remarkable,” Brian Alston says. “In a typical home studio environment, an 88R would be a bit much and a BCM10 would be a bit pricy, but the 8424 is a perfect balance between the two. It has the same pedigree as the consoles in Abbey Road and Capitol Studios, and it is very inspiring to know that most of my musical heroes made some of their greatest albums on Neve desks or with a heavy amount of Neve gear.”

Brian has been making and producing music since he was a teenager and uses his studio for his own projects and to record local bands. Alongside the 8424 console, he is also running a Neve 1073OPX Octal Microphone/Line/Instrument Preamplifier, both of which were supplied by Vintage King.

“Because of time restraints on my recording I find the balance of analogue and digital to be a huge blessing,” he says. “The 8424 is the centerpiece of my studio and I link it with a 1073 OPX, converter and a computer running a DAW. This gives me a mega fast and smooth way of working. The 1073OPX aids in the recording process so much, especially as I only have one room to record in. Having all of the inputs on the front makes it so easy – I plug in a mic and can get started straight away. I also have the OPX networked to the 8424 via Cat6 cable and can control it from the board, so it’s like having a big or vintage old school Neve desk in that regard. For someone who is pressed for time, it allows me to focus on the musician aspect more than the engineering aspect. I love both roles, but when the front end just works, I can quickly swap out a mic to change tone and continue focusing on the part I’m playing.”

Brian has his 8424 hooked up to patch bays so that he has as much flexibility as possible when recording and mixing.

“The classic console workflow that the 8424 affords me helps my creativity, and I also like the two-band EQ on the group channels because it is so easy to route an instrument over to the group channels for some quick, excellent sounding Neve EQ,” he explains.

“I also think the Stereo Width function is astonishing because it is such a cool, spatial effect for the mix.”

Having never made such a large equipment purchase before, Brian was understandably nervous and relied heavily on Vintage King’s guidance.

“Audio Sales Consultant Chris Karn was always there to answer my questions, offer options and solutions and make sure that the transaction went smoothly” he says. “The 8424 is minimal yet offers so much. One of the things I love most is that once you get it, you don’t have to fit it out with another $10,000 worth of EQs and comps to make it complete. It also fits a small footprint and doesn’t at all feel cramped to operate. All the knobs and buttons are very easily accessible, and your head ends up staying between the speakers.”

With his console up and running, Brian is now working on an album project with a band called The Well Dressed Wolves. He is, he says, delighted with his purchase because it has fulfilled his dreams.

“I basically wanted a console that would be with me for a very, very long time and one that would continue to inspire me to work every day. I have found that in the 8424.”